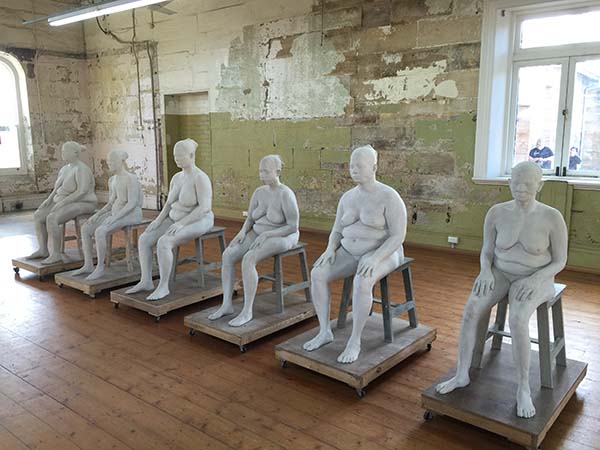 A not for profit group, the Cockatoo Island Foundation has put forward a proposal to the Federal Government to transform Cockatoo Island into a sustainable, world class arts and culture destination while preserving its history, public ownership and access.

In its submission to the independent review of the Sydney Harbour Federation Trust, the Cockatoo Island Foundation proposes a partnership with government to create an exciting contemporary art and culture experience with all art specifically commissioned for the site.

Under the proposal, the indigenous, colonial and naval history of the island would also be celebrated

The Foundation is supported by philanthropists Tony Berg and Danny Goldberg and has committed at least $80 million into making the former convict site, naval dockyard, industrial school for girls and reformatory into a globally recognised arts and culture destination that recognises the long presence of the Eora people. Simon Mordant has been working with this group from the beginning and is yet to join the Foundation board.

The submission lists examples such as MONA in Hobart, the High Line in New York and Japan’s art island Naoshima as examples of reimagining existing sites into vibrant areas for local and international visitors.

Cockatoo Island would feature large scale artworks which are larger than the works typically exhibited in Australian museums and galleries, providing a bridge between Sydney’s CBD and western Sydney as well as showcasing the heritage buildings and the island’s indigenous history.

Cockatoo Island Foundation spokesperson Tony Berg advised “Cockatoo Island is one of Sydney’s hidden gems. With an iconic location and significant indigenous and colonial history, the site has the potential to be one of Australia’s greenest cultural attractions.

“At present there is no clear vision for the future of the island and no clear sense of what its owners and stakeholders want it to be. Remediation costs are estimated to be $194 million and the island has significant maintenance costs with limited programming in its present state.

Berg added “we believe that a project of this scope and scale can only be successfully realised through a partnership between the Australian Government as the continuing owner of the site, the NSW Government due to the island’s location and tourism potential and philanthropic interest which have the cultural and financial resources to achieve a visionary outcome.

“We have put forward this proposal to the review of the Sydney Harbour Federation Trust and look forward to discussing the idea further with the reviewers and Commonwealth Government.”

The Cockatoo Island Foundation is a not for profit organisation supported by a group of philanthropists who have a shared vision to revitalise Cockatoo Island. Founding directors of the foundation are Anthony Berg AM, Danny Goldberg OAM, Karen Martin. Simon Mordant AM has been working alongside this group from the beginning.