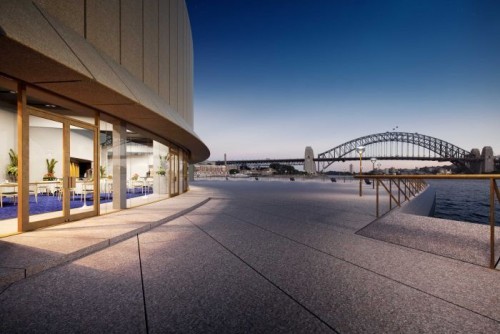 Plans for the biggest renovation of the Sydney Opera House since it was opened in 1973 have been unveiled, with $202 million to be spent on revamping the concert hall and upgrading other parts of the iconic building.

Announcing that the funding would come from the NSW Cultural Infrastructure Fund, NSW Deputy Premier Troy Grant said the redevelopment would preserve the building's traditional features and would open more of the venue up to the public, and offer improvements for both audiences and artists.

Four NSW Government-funded projects were revealed in today’s designs. The plans include:

• Upgrading the acoustics, accessibility, efficiency and flexibility of the Opera House’s largest internal performance space, the Concert Hall – a project expected to take 18 months to complete.
• Transform of office space into a new Creative Learning Centre, a dedicated place for children, families and young people;
• Removal of the marquee from the Northern Broadwalk, with a new pemium Function Centre to be built within the building envelope; and
• Creation of a welcoming, car-free entrance under the Monumental Steps, with improved access to a more comfortable and inviting main foyer.

Announcing the redevelopment, Deputy Premier Grant stated “the heritage of this building will not be lost, it'll only be enhanced," adding “the renewal process is a magnificent milestone in the history of this wonderful institution." 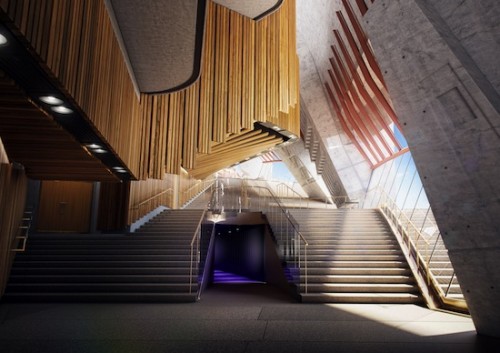 Opera House Chief Executive Louise Herron said the upgrades would be the biggest renovations in the Opera House's history.

Herron advised “we're celebrating an important milestone in the life of the building through the largest program of capital works since the Opera House opened in 1973, since the first notes rang out.”

Herron said the upgrades would focus on technical improvements alongside accessibility and that none of the traditional features from original Opera House architect, Jorn Utzon, would be lost.

The renewal also includes a wheelchair accessible pathway to be built under the stairs.

Announced in June 2015, the Theatre Machinery Project will improve the safety and reliability of the JST, which will close from May to December next year, during construction.

Construction will begin in mid-2019 and the hall will reopen with the Sydney Symphony Orchestra’s 2021 season.

The Opera House concert hall upgrade will receive $150 million of the total funding, closing the space from 2019 to 2020 which will force the Sydney Symphony Orchestra, who rehearse in the building weekly, to relocate while renovations are underway. 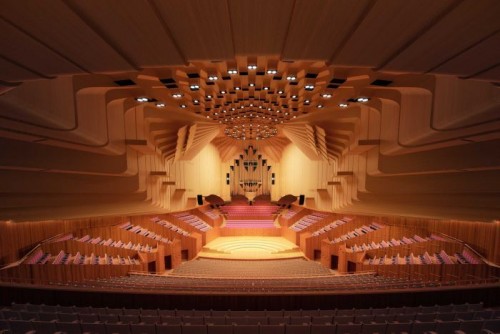 A Deloitte Access Economics report in 2013, accounted the national-identity value of the Opera House at $4.6 billion. 8.2 million people visit the Opera House each year and contributes $775 million annually to the NSW economy.

Funding for the upgrades, originally announced in 2015 and scheduled to take pace through 2017, was to have come the NSW Government’s sale of electricity infrastructure.

However, the rejection today of the purchase these assets by Chinese investors by the Federal Government could yet impact on this and other planned facility developments in NSW>

Images: A new function centre is to be built on the periphery of the Opera House (top), an artist's impression of Creative Learning Centre (middle) and renovations will improve the acoustic clarity of the concert hall (below).