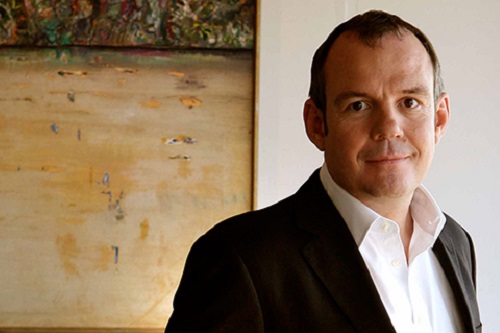 Evans is stepping down from his role after four years in the position to become Managing Director of Sydney Harbour BridgeClimb.

In thanking Evans, Minister Souris stated "during his tenure, Richard has helped foster significant development and maturity of the wider NSW arts and cultural sector and helped to develop and implement important capital works at the Opera House such as the NSW Government's $152 million Vehicle

Access and Pedestrian Safety project - the largest construction project at the venue since it opened in 1973.

"Over the past four years there have been improvements in accessibility for patrons to the new Western Foyers, the installation of the first public lift and escalators from the box office to the Concert Hall and Opera Theatre southern foyers and revitalisation of the Bennelong precinct, including the creation of the Opera Kitchen.

"During Richard's tenure, the Sydney Opera House saw an increase in performance attendances and general visitations.

"Importantly he has been instrumental in expanding the quality and diversity of the Opera House's performance program to reach audiences across NSW, particularly through the establishment of a regional touring program and use of modern technology.

"I wish Richard all the best in his new role as Managing Director of BridgeClimb."

The process of recruiting a new Chief Executive for the iconic arts venue is currently underway.