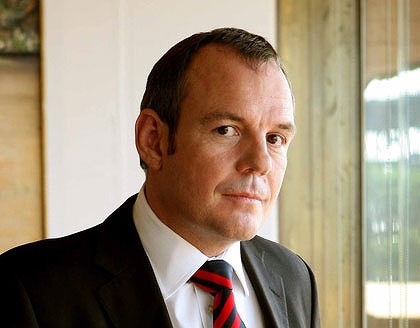 Opera House Chairman, Kim Williams, announced that Evans will end his four year tenure with the Opera House having led it through a transformation that attracted new and diverse audiences.

During Evans' appointment, the Opera House developed a number of flagship festivals such as The Festival of Dangerous Ideas, Graphic, Spring Dance and, in partnership with Destination NSW, Vivid Live.

Speaking of Evans' departure Williams explained "I am sad to see Richard go - he will be missed and will always be remembered for the many positive changes that have taken place under his leadership in the operational settings and operations of the Sydney Opera House Trust."

Evans added "I am delighted to be taking on this new creative challenge as we work together to take BridgeClimb to the next phase in its development. My past experience in expanding and developing large arts and tourism enterprises has prepared me well for the challenge ahead."

NSW Arts Minister, George Souris, praised Evans's "remarkable success as head of Sydney Opera House", adding that "he leaves on his own terms and with my very best wishes for the future."

When he leaves on 24th February, uncertainty will surround the upgrading of the Opera Theatre's facilities.

The work, estimated to cost $700 million, is needed to address problems with acoustics, mechanics and stage space.

The theatre would be closed for three years, meaning Opera Australia and the Australian Ballet would need to find a suitable alternative venue.

However, niether the Federal or NSW Government has been willing to commit funds to the work.