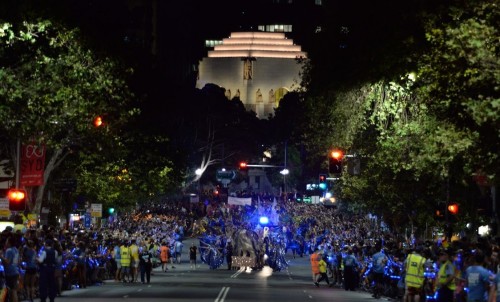 Last night, the Sydney Gay and Lesbian Mardi Gras Parade brought the city to a standstill in a glittering explosion of LBGTI pride.

An estimated 200,000 people looked on as the biggest and longest parade in recent years, made up of 178 floats and 12,500 participants, marched, rolled and danced through the heart of Sydney’s Gay and Lesbian district.

Born from a single night of celebration turned political protest, the true Mardi Gras spirit lives on 38 years later. The Mardi Gras theme of ‘Momentum’ saw thousands of lesbian, gay, bisexual, transgender and intersex (LGBTI) people and their supporters from all over the world come together to joyously celebrate how far the community has come, as well as recognise the journey ahead. 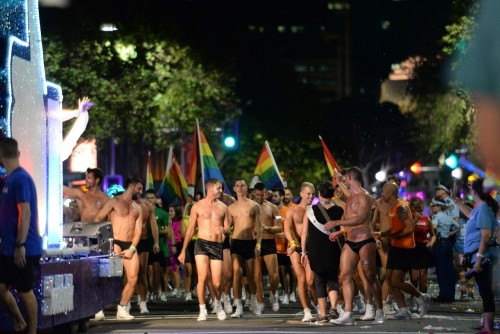 Reflecting on last night’s parade, Bauer stated “the combined efforts of everyone involved delivered a stand out Parade. The enthusiasm of all the parade participants made for a truly wonderful experience.

“Aside from all the fabulousness there were some very important and touching moments in the Parade. Over the last two weeks the 78ers, the participants in the very first Mardi Gras Parade, received a apologies from the NSW Government, Fairfax and the Police for the violent treatment they received on that first night. To watch them come down the Parade route celebrating this historical moment was something the community will cherish.”

“While we celebrated the victories, we also had a number of floats dedicated to issues prevalent in society today. Homelessness in the LGBTI community, refugees, marriage equality and the recognition of transgender rights were all represented widely in this year’s parade.”

Bauer also praised the behaviour of spectators on the night, at an hour when many of the revellers continued to celebrate Mardi Gras at the Party, which took over several venues in Moore Park until 8am. 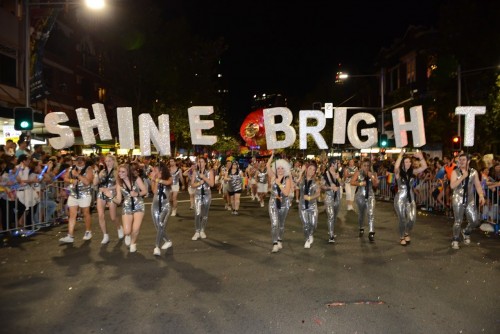 The 2016 Sydney Gay and Lesbian Mardi Gras Parade was supported by the NSW Government through its tourism and major events agency Destination NSW.