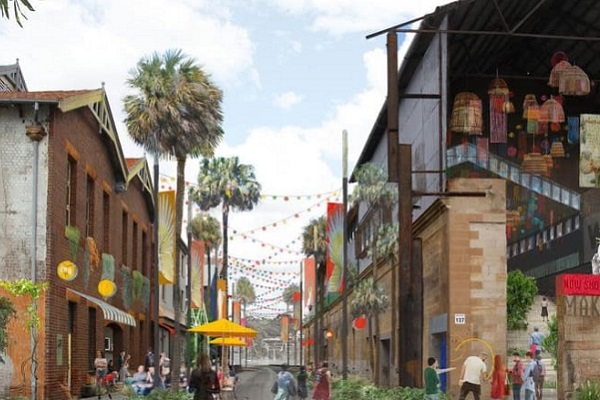 A bold plan has been revealed to transform Cockatoo Island, Sydney Harbour’s largest island, into an arts and culture precinct.

Following an independent review which recommended it put forward a proposal for the restoration of the site, the Sydney Harbour Trust has put its proposal for the UNESCO World Heritage-listed Cockatoo Island on public exhibition.

The plan proposes the development of a series of connected precincts focussing on First Nations history, creativity and entertainment and education.

This would include art, retail, dining and educational spaces with a focus on First Nations culture and significance as a sacred women's place. 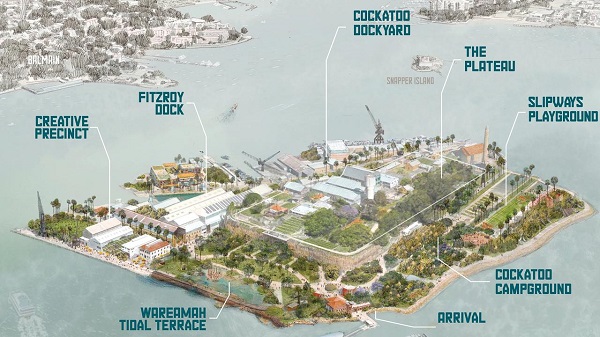 With the Island having become a major cultural destination, particularly for contemporary art, in recent years, the creative precinct would make used of upgraded former industrial buildings repurposed as gallery spaces, as well as the construction of additional performance and exhibition facilities and outdoor stages.

This would allow for a far more dynamic range of arts events to take place here and also allow for housing of permanent artworks and collections on the island.

The Trust’s plan would see the eastern edge of the island restored to its pre-colonial state. The Wareamah Tidal Terrace will follow the original foreshore as it existed before its industrial development, with native plants reintroduced, and boardwalks and pathways added allowing visitors to explore this new inner-city green space. There are also plans for a large Eora garden, that will grow produce for use in the island’s restaurants. 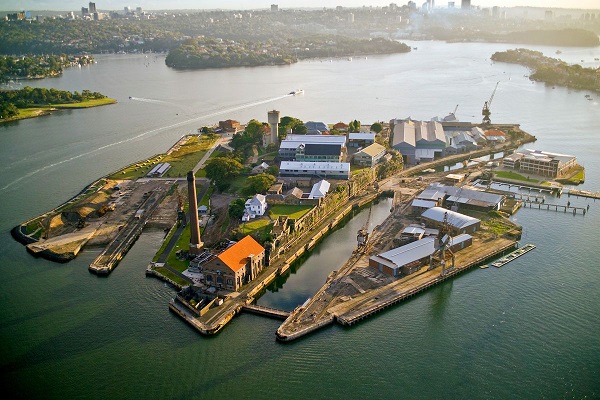 Greater efforts will also be made to ensure the Island is known by its First Nations title, Wareamah, with dual-language signage to be installed across the site wherever possible. There will also be a welcome to country played for people arriving on the Island, sharing the traditional lore and history of this Gadigal land.

Introducing the plan, Sydney Harbour Trust Chair, Joseph Carrozzi stated “what we would like to do is make sure this island becomes a must-see destination” with the goal of helping inform people of the "multi-layered" history of the Island.

Carrozzi added "we want them to leave far more informed and respectful.

"Having boardwalks that can educate our visitors and tourists and school kids on what the significance of the island was for our First Nations people." 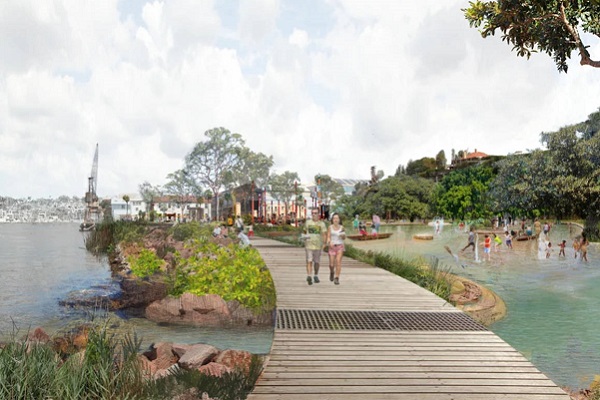 With the concept aiming to be sympathetic to the industrial nature of the island too, which was a convict penal facility, reformatory school and naval ship dockyard, Carrozzi went on to say “within these buildings we will want to try and activate them for performances, for events, for exhibitions, for modern contemporary uses.”

The Harbour Trust said both the Federal and NSW Governments and the private and philanthropic sectors would be needed to deliver the transformation of the 18-hectare island.

Carrozzi concluded “we want to work with government, community, corporates, benefactors to bring this vision to life in a way that is sensitive to the historical significance of the site but also impressive and attractive.”

The draft concept will be on public exhibition and open for public comment until 11th June.