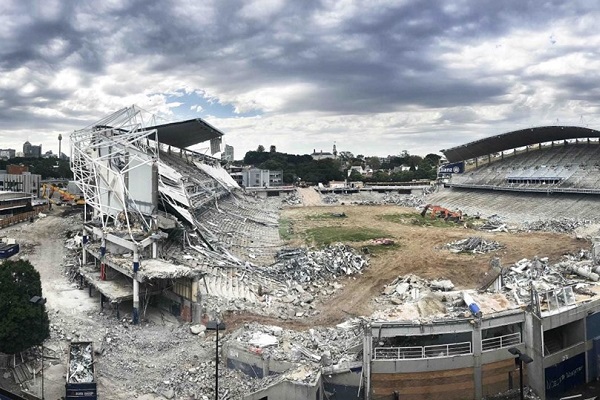 The NSW Government’s plans for the rebuilding of the former Allianz Stadium have hit a major impasse with Lendlease, the building firm announced last year as the firm that would both demolish and rebuild the facility, walking away from redevelopment.

Having demolished the venue, the construction giant has reportedly refused to rebuild the venue for the amount of money on offer from the NSW Government.

As a result, the NSW Government is searching for another company to rebuild the venue.

With the NSW Government having budgeted $729 million for the knock-down and rebuild, NSW

Minister Sidoti stated “the budget is $729 million … they're our projected costs and we have to meet those.

"We've asked (Lendlease) to sharpen their pencil and they're unable to meet the objectives of the Government."

Minister Sidoti said negotiations were already underway with other construction firms to finish the job, adding “there's a lot of competitive tension in the industry at the moment. There's a lot of interest being shown."

The Sydney Football Stadium project became a major issue in the 2019 state election issue, with the Labor opposition refusing to rebuild the venue, labelling it a "giant vanity project".

Before the March state election a local community group, Local Democracy Matters, took unsuccessful legal action in the NSW land and environment court to stop the knockdown and rebuild.

A Lendlease spokesman added “we’re pleased to have partnered again with Infrastructure NSW on stage one of the Sydney Football stadium redevelopment project.

“Building social infrastructure in partnership with government is a source of pride for Lendlease and we look forward to supporting future projects.”

The new Sydney Football Stadium had been scheduled to open in 2022.