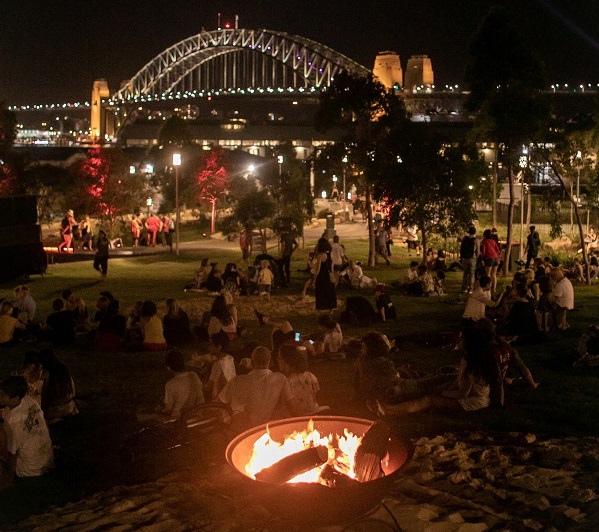 Sydney festival has launched its 2020 program inviting audiences to discover the best of new Australian and international theatre, music, visual art, dance and ideas from Barangaroo Reserve and Paramatta to some of the city’s most famed spaces.

An essential fixture of Sydney’s summer calendar, Sydney Festival 2020 takes place over three weeks from 8th to 26th January with its line-up seeing festival goers of all ages exploring the city through a range of over 75 large-scale public events, exhibitions, installations and performances.

As the largest single commissioner of Australian works in the country, Sydney Festival 2020 presents 46 new co-commissioned works, alongside 14 world premiere shows, four Australian premieres and six Australian exclusives, highlighting the Festival’s commitment to taking local talent and creativity to the world stage, while at the same time bringing the best of the world to Sydney.

Unveiling his fourth Festival program in 2020, Sydney Festival Director Wesley Enoch advised “Sydney Festival brings to our city the newest works from the world’s most adventurous artists. We unearth the interesting, the new and the exciting.

"Wherever there is a debate to be had, a diversity of opinion or the need to speak the neglected story, Sydney Festival is there.  We are proudly diverse. We are equal parts cultural ambition and celebration.”

Elsewhere in the program, French choreographer François Chaignaud and dramatist Nino Laisné present an opera-ballet love letter to centuries of Spanish culture in Romances Inciertos, un Autre Orlando; French stage and screen superstar Isabelle Adjani gives a searing portrayal of a performer on the brink in a radical re-staging of John Cassavetes’ cult classic Opening Night; while Festival-goers are once again invited to gather fireside and participate in a smoking ceremony, and reflect on the resilience and beauty of Australia’s Indigenous heritage at special festival events, The Vigil and Procession.

Lokking forward to the 2020 festival, NSW Minister for the Arts Don Harwin noted "each January, Sydney Festival transforms our city into a cultural cacophony of theatre, music, dance and ideas. Not only does the 2020 program showcase the very best of international and local arts, it also highlights the very best of this wonderful city - from Hyde Park to Parramatta; Carriageworks to The Domain, Sydney Festival is a city-wide celebration to be enjoyed by all Sydneysiders. The NSW Government is proud to support such an energetic and diverse event.”

City of Sydney Lord Mayor Clover Moore added “Sydney Festival is one of the key events in our cultural calendar - it’s a time to celebrate summer’s great weather and long evenings with an incredible range of world-class artists and performers.

“I always look forward to sitting down and going through the program to pick out some ‘must sees’. This year I’m particularly looking forward to BLACK TIES, a collaboration between Aboriginal theatre group ILBIJERRI and New Zealand’s Māori theatre, Tē Rehia, which will have its world premiere season in our magnificent Town Hall.

“The City is proud to support the Sydney Festival. I can’t wait to see what artistic director Wesley Enoch has in store to surprise and delight in new, different and unexpected ways, whether through dance, theatre, music or cabaret.”