The opening weekend of the Sydney Festival has offered an explosion of exceptional theatre, dance, music, visual arts and opera to mark its 40th anniversary.

Marking the final year under the guidance of esteemed Festival Director Lieven Bertels, the Festival is offering 157 events, of which 89 are free.

Running from 7th to 26th January, Sydney Festival 2016 is offering 383 performances across 34 indoor and outdoor venues, featuring 902 artists from across 22 countries along with 11 world premieres, 20 Australian premieres and eight Australian exclusives.

A spectacular free concert from The Flaming Lips kicked off the 40th anniversary celebrations on the opening weekend of the Festival. In a live performance the alt-rock gods entertained thousands with frequent costume changes, confetti cannons, video projections, balloons, a dazzling lighting show and front-man Wayne Coyne surfing the crowd in an oversized hamster ball.

The charismatic star performed two nights of eclectic music in the intimate surrounds of The Magic Mirrors Spiegeltent in the Sydney Festival Village and received rave reviews.

People of all ages were invited to help French artist Olivier Grosset e te build a temporary city in Darling Harbour and at Sydney's new creative playground, the Cutaway at Barangaroo Reserve, in one of the largest community participation events presented in the festival's history. A gigantic 30 metre high cardboard building titled The People's Tower was created and demolished in Darling Harbour, whilst construction started for the epic installation The Ephemeral City.

More events are set to come to Sydney Festival including the Grammy Award-winning jazz drummer and composer Antonio Sanchez performing his fervent score live alongside the screening of hit movie Birdman (Or, the Unexpected virtue of ignorance) and Joanna Newsom , who will return to launch her new album Divers at the Sydney Opera House. 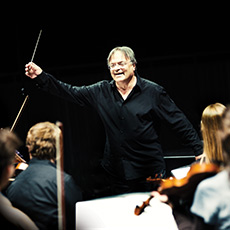 Sydney Festival will present new Australian works of magnitude and cultural importance with the Helpmann Award-winning opera The Rabbits, and Stephen Page’s directorial debut feature film SPEAR by Bangarra Dance Theatre. In a major new work by Broome’s internationally acclaimed dance-theatre company Marrugeku, Cut the Sky explores our relationship with Country – our past, present and future through an Aboriginal lens – and humanity’s frailty in the face of our own actions.

The 2016 music program features some of the globe’s most exciting artists of our generation. In an Australian premiere season, four-time Grammy Award-winning jazz drummer and composer Antonio Sanchez will perform his fervent score live alongside the film screening of the hit movie Birdman (Or, the Unexpected virtue of ignorance) and Joanna Newsom will return to launch her new album Divers at the Sydney Opera House in her first Australian show in five years. The orchestral masterpiece that broke new ground in minimalism in 1975 by pairing concert hall aesthetics with pop will be restaged in Arthur Russell’s Instrumentals under the direction of Peter Gordon, featuring the original core ensemble. Australia’s favourite underground rock band Dirty Three will reconvene for the first time in three years for a special Festival show, whilst Morrissey and The Smiths fans will have their heroes music treated to a Mexican makeover in Spanish, via vibrant rhythms of ranchera, mariachi, mambo and cha cha cha in Mexrrissey.

Our Parramatta program is larger than ever with our new Festival hub in Prince Alfred Square hosting a program of free events for the duration of the Festival and a large scale fairground like no other. Recycled objects gain new life in surprising and spectacular ways in the captivating wonderland of fun that is Arquitectura de Feria. Compagnia Finzi Pasca will also bring their mix of astonishing acts and fantastic visuals to Riverside Theatre in La Verita, a circus spectacle inspired by Spanish surrealist Salvador Dalí.

Festival Director Bertels explains “it’s such a privilege to be part of the 40th anniversary of Australia’s favourite summer arts festival.

“Sydney Festival has commissioned and presented a record-breaking number of new Australian works, and takes pride in creating unique opportunities for Australian and international artists to collaborate.”