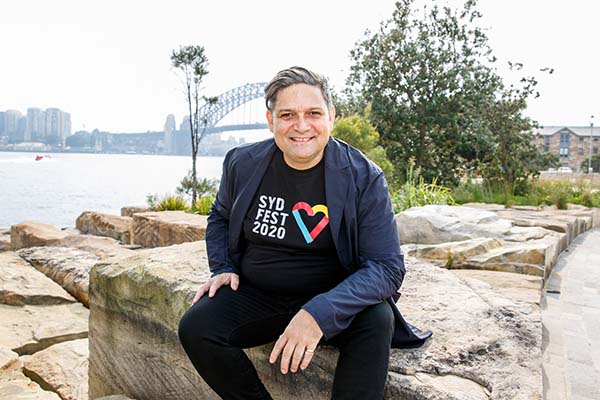 In recognition of his significant contribution to “Theatre and the Arts as an Indigenous Director and Writer”, Festival Director Wesley Enoch has today been announced as a Member of the Order of Australia.

Fellow board member Professor Larissa Behrendt echoed Kirk’s sentiments “Wesley has had a profound influence on Australia’s arts sector. This award is a wonderful recognition of Wesley’s profound contribution to the place of Indigenous storytelling and narrative in our national conversation and to the cultural life of Australia more broadly.”

Enoch’s other residencies include Resident Director at Sydney Theatre Company – he was also creative consultant, segment director and indigenous consultant for the 2018 Gold Coast Commonwealth Games and the 2006 Melbourne Commonwealth Games.  He is Chair of Create NSW’s Aboriginal Arts and Culture Board; Chair of the Australia Council’s Aboriginal and Torres Strait Islander Strategy Panel; a Board member of Annamila and NAISDA; and a member of the AGNSW Aboriginal Advisory Committee

Enoch has written and directed a number of renowned Indigenous theatre productions, including The 7 Stages of Grieving which he directed and co-wrote with Deborah Mailman; The Sunshine Club for Queensland Theatre Company; and Black Medea – a new adaption of Euripides’ Medea. In 2004 Exoch directed the original stage production of The Sapphires, which won the 2005 Helpmann Award for Best Play. He directed Black Diggers, presented at Sydney Festival in 2014 and his most recent production was Black Cockatoo, which premiered at the 2020 Sydney Festival.

Of the accolade, Enoch commented “this appointment recognises not just my achievements but the contribution of all Indigenous artists working in Theatre. The soul of our nation is reliant on artists stepping up to tell the stories that reflect and challenge us to be better human beings. The storytelling of our nation has often overlooked Indigenous narratives and there are many who have gone before me and will come after me who will assist all Australians to connect to the 60,000 + history of this continent. The recent bushfires have reminded us all that Indigenous Australia has knowledge and stories of living in this country that can help us all to live more harmoniously in this Land.”