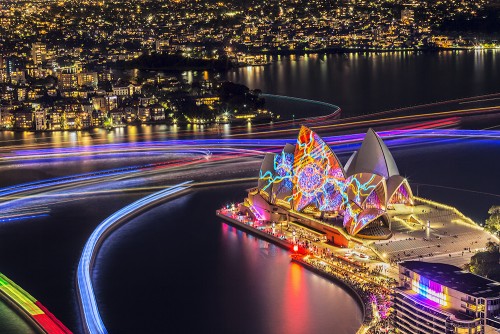 According to a report by the Sydney Morning Herald, as part of contracts with event organisers, Destination NSW demands tickets to shows in exchange for funding.

The Sydney Festival, Sydney Opera House and the Art Gallery of NSW were among the event organisers obliged to provide free tickets and corporate hospitality in exchange for public money.

The details of the contracts between NSW Government agency Destination NSW and event organisers were released after a four-year freedom of information battle.

Destination NSW had not wanted to release information relating to spending on major events such as Vivid, the Sydney Festival, musicals and art exhibitions claiming commercial “confidentiality”.

Commenting on the claims, a Destination NSW spokeswoman said in a statement that DNSW’s overall performance in attracting visitors has been “immensely successful”.

The statement added “a thorough assessment of each event is undertaken before it is supported by Destination NSW.

“There is a diversity of performance across events and lower performing events are less likely to be supported into the future.”

Image: Vivid Sydney has been a major success for Destination NSW.