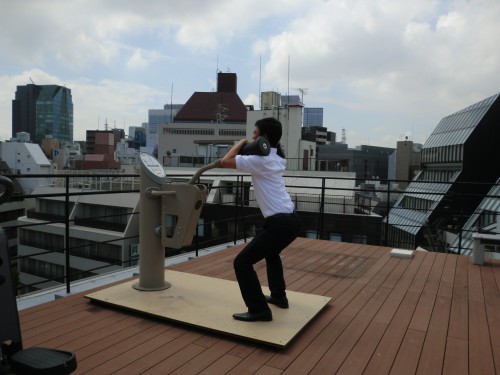 New roof gardens, where residents and workers can relax high above the city's streets, will be encouraged under a new policy being developed by the City of Sydney.

With 49 'green roofs' currently approved in the City of Sydney area, ranging from simple planter boxes to the 2,600 metre2 roof garden at the MCentral apartment building in Harris Street, Pyrmont.

Green walls are located at 14 sites across the City, including Australia's largest - the nine metres high and 40 metres long installation at the 6 'Green Star' rated 1 Bligh building.

The City will undertake a number of studies on green roofs and walls in Sydney to assess public attitudes, costs and benefits and source potential new locations as part of establishing a formal policy. It will also set up a strategic advisory panel to help develop the policy.

Lord Mayor Clover Moore said green roofs can be simple additions to existing buildings or new projects that have the potential to greatly increase the amount of recreational space in the city.

The Lord Mayor stated "(the) City of Sydney is home to some of the highest urban density in the country, which makes finding ways to add more green space particularly important.

"There's a huge amount of unused space above street level that developers often fail to make the most of. Our studies on roof gardens and green walls will help encourage building owners to install more of these green spaces.

"Cities around the world including Chicago, New York and Copenhagen have developed policies to guide to building of green roofs and walls across their cities, and it is time we did too.

"With good planning and safe development, the possibilities are endless. Think of playgrounds, exercise circuits, picnic tables and umbrellas for office workers to lunch in the open air. Green roofs could be a refuge for urban biodiversity or even home to community gardens."

Increasing the number of green roofs and walls would help the City to meet its Greening Sydney target to increase the city's tree canopy by 50% by 2030.

Green roofs can also reduce the energy required for air-conditioning of buildings by about 30%, lowering power bills and greenhouse gas emissions. The City of Sydney aims to reduce carbon pollution by 70% by 2030 one of the most ambitious targets of any Australian government.

10th February 2012 - ROOTOP CINEMAS ON THE RISE 1: NEW VENUES FOR PERTH AND SYDNEY