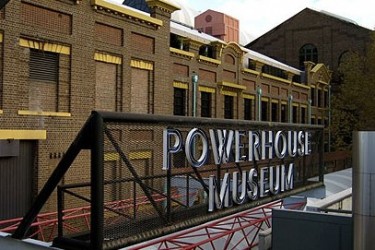 Community groups and politicians in and around the inner Sydney suburb of Ultimo are fighting to reverse NSW Government plans to shut down the Powerhouse Museum and relocate it to Western Sydney.

A recent ‘Save the Powerhouse’ rally was held on Saturday 30th May, addressed by City of Sydney Lord Mayor Clover Moore, academic and feminist Eva Cox and Greens member for Balmain Jamie Parker. Also present were Independent Member for Sydney Alex Greenwich, and the Alternative Media Group of Australia’s Group Publisher Lawrence Gibbons.

Infrastructure NSW first proposed the relocation of the Powerhouse Museum in late 2014 with the NSW Government subsequently advising that it would sell the Museum’s current site to high-rise developers for $150 to 200 million. These funds would go towards relocating the museum to Western Sydney, including constructing a new museum building, in a bid to develop cultural facilities in a fast-growing region.

However, the campaign founders of Save the Powerhouse, along with members of Friends of Ultimo and Ultimo Village Voice, have fiercely opposed the relocation due to its heritage status and importance to the arts, technology and tourism sectors.

A Save the Powerhouse spokesperson explained “(the Museum) is a vital component of the ‘cultural cluster’ across the CBD, and a major tourist destination.

The campaign instead recommends re-investing in programs and facilities to increase visitor numbers, and consulting with Western Sydney residents about developing and investing in appropriate cultural facilities for their area.

According to the campaign founders, under current regulations a developer would construct a 28-metre high apartment block on the Harris Street site, “creating yet another massive ‘wall’ that isolates Ultimo from the city and the upgraded Goods Line.”

The proposed forced closure has received backlash from City of Sydney Lord Mayor Clover Moore following the decision to sell the property to developers without public consultation and detailed plans.

Commenting on the campaign, Lord Mayor Moore stated “wWhile I strongly support the need for the State Government to respond to the cultural needs of Western Sydney, important decisions about the future cultural life of metropolitan Sydney should not be shaped by pitting region against region.”