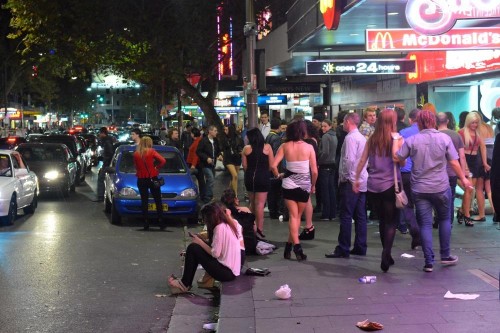 Famous throughout the worlds as Sydney's major nighttime entertainment precinct, the excesses of Kings Cross are set to curbed by new legislation targeting alcohol-fuelled violence and anti-social behaviour.

Known for its night clubs; as well as for drugs, prostitution and violence, the legislation follows a number of high profile criminal acts in recent times, including the tragic death of 18-year-old Thomas Kelly in July.

New legislation passed in the NSW Parliament last week, The Liquor Amendment (Kings Cross Plan of Management) Bill 2012 will enable the implementation of a range of actions, including liquor licence restrictions, announced by the NSW Government on 15th August and 18th September, 2012, has passed the Legislative Council and will be implemented in time for the summer holidays next month.

"That response includes conditions which will be imposed by way of regulation on licensed premises in the newly defined Kings Cross precinct."

• Expands the geographic boundaries for the Kings Cross precinct to cover an area beyond that currently covered by the Kings Cross freeze on new liquor licences;
• Extends the liquor licence freeze for the expanded Kings Cross area until December 2015;
• Excludes small venues, with 60 or less patrons from the freeze;
• Requires all Kings Cross licensees, bar staff and security personnel to transition to a Responsible Service of Alcohol (RSA) competency card by 1st March 2013, thereby ensuring they have up to date knowledge of RSA requirements;
• Allows conditions to be imposed by regulation on licensed venues within the new expanded Kings Cross precinct by the Director General of the NSW Trade & Investment.

The conditions that will be imposed by regulation will reinforce existing requirements applying to Kings Cross venues relating to:

• Prevention of entry to outlaw motorcycle gang members;
• Promotion of late night transport;
• Clearance of street litter; and
• Ensuring patrons are aware of "fail to leave" offences in the liquor laws.

New conditions are also proposed to be included in the regulation which will require:

The Minister added "the Government is taking decisive action to clean up Kings Cross and make it safe for the public. The passing of this legislation proves we are serious."

He also stated said that some of the proposed conditions vary from those announced in August and represent an appropriate outcome given the significant expansion of the area and the extra licensed premises that will be subject to these strict conditions.

Minister Souris continued "some of these premises are lower-risk venues which do not present the same level of risk posed by larger, late trading hotels and nightclubs. A number of other factors have also been taken into account, including advice from the Director-General of NSW Trade & Investment following receipt of submissions from licensees.

"The Director-General will also have the power to request data from licensees about the amount of alcohol sold or supplied for consumption on the premises for specified hours to help inform future policy making.

"The Director-General may also grant exemptions, but only in limited circumstances; for example, the prohibition on glass containers after midnight and drink restrictions. An exemption to the CCTV requirements can only be sought by restaurants.

"However, there are strict controls governing exemptions, including a requirement for other measures to be in place and that any exemption is unlikely to result in an increase in alcohol-related violence or anti-social behaviour in the Kings Cross precinct.

"Conditions relating to Responsible Service of Alcohol Marshals and CCTV systems will start later in December so that licensees have sufficient time to meet requirements.

"This is a whole-of-Government approach that shows our determination to send a strong message to would-be trouble-makers that their violent and anti-social behaviour will not be tolerated and to venue operators that they must do more to ensure the safety of patrons.

"The new regulations will be closely monitored to ensure they are effective and if necessary will be further refined."

A copy of the Regulations and explanatory information will soon be available on the website of the Office of Liquor, Gaming and Racing at www.olgr.nsw.gov.au