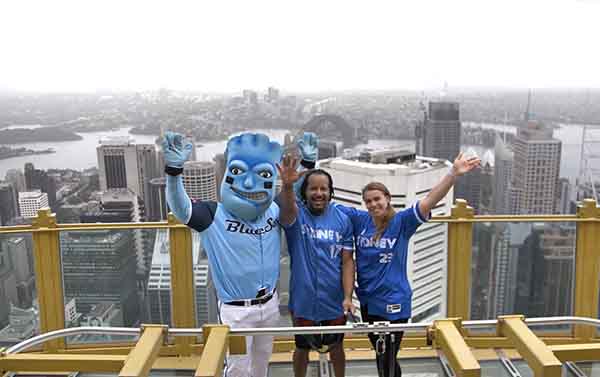 SKYWALK at the Sydney Tower Eye is an experience that allows guests to step out into the open air on the tallest building in Sydney for a breathtaking 60-minute one-of-a-kind tour during which expert guides point out famous landmarks and share Sydney’s best stories.

Balkovec is the first ever full-time female hitting coach for a Major League Baseball team in the USA. She comes to the Sydney Blue Sox from the New York Yankees where she has been a hitting coach for the last year.

The Sydney Blue Sox are one of eight foundation teams in the re-formed Australian Baseball League and play their home games at Blacktown International Sportspark. For further information about the Sydney Blue Sox, visit www.sydneybluesox.com.au

For further information on SKYWALK experience at the Sydney Tower Eye, visit www.sydneytowereye.com.au