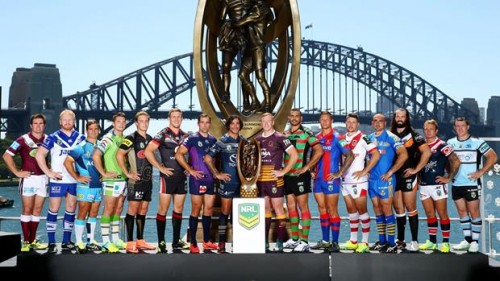 News reports suggest that all of the NRL’s Sydney based clubs will run at a loss for the 2016 season with five of the nine clubs posting larger losses than the previous year.

Sydney newspaper The Daily Telegraph has reported that the clubs will lose $34.1 million in 2016, a collective sum $4.5 million more than last year.

Five of the nine Sydney franchises sank deeper into the red, with Parramatta recording the largest, and record, loss of $11 million for the season due mostly from the fallout of their salary cap misdemeanours while Canterbury will reportedly lose $5.2 million – although this sum will be offset by a $4 million grant from League’s grant.

South Sydney suffered a $4 million reversal in fortunes after posting a $1.4 million profit last year. This has been put down to higher investment into its football department and high-performance centre.

Not even the premiership-winning Cronulla Sharks could post a profit, racking up a $500,000 deficit – although this was the smallest loss amonf the nine clubs..

• Sydney Roosters to lose $3.2 million.
• St George Illawarra lost $2 million which was underwritten by a Leagues Club grant.
• Manly to lose $1.5 million due to their court dispute with previous major sponsor Coco Joy, and its parent company FAL Beverages, as they recoup sponsorship dollars.
• Penrith Panthers and the Wests Tigers sustained operating losses of $5.4 million and $2.8 million, respectively.

The Panthers are actually $1 million better off than 2015 but Chief Executive and Chairman Brian Fletcher said the operating cost of Penrith’s Rugby League Academy, the investment in juniors and determination to be a powerhouse on the field meant the club was prepared to wear the financial burden.

Fletcher told The Daily Telegraph “for us to try and perform at the highest level, we need to spend that sort of money.

“We are different to other clubs. We have 8,500 juniors, junior programs that we have to pay for and run, that aren’t subsidised by the NRL.

The figures follow record revenue for clubs as a result of the NRL’s current broadcasting deal and with a new record deal with Fox Sports and Channel Nine due to start in 2018.