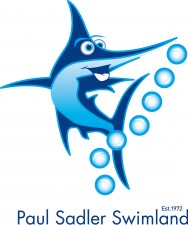 Australian swimming legend, John van Wisse has been announced as the new ambassador of one of Australia's most successful learn-to-swim schools, Paul Sadler Swimland (PSS).

van Wisse, a highly accomplished marathon swimmer and swimming coach, will work with PSS to help promote the swim school and its swim philosophy in an ongoing capacity.

Speaking on the new appointment, PSS founder Paul Sadler explained that van Wisse's impressive swimming profile would help turn the spotlight on the swim industry and continue the sports growth.

Sadler stated "(John) is an excellent advocate for our swim school and the swim industry as a whole. His team focus, unbelievable swim achievements and his huge love of swimming make him a perfect fit for the ambassador role at Swimland.

"With the support of van Wisse, who connects with and inspires young people interested in aquatic sports, we hope he will motivate more Australian youngsters to stick with their swimming."

van Wisse started swimming at the age of just six weeks and began competitive swimming at age seven at Cheltenham Swim Club. At 41 years of age, van Wisse has a number of notable achievements to his name, including Ironman Australia 1999, 2000 and 2001, Ironman Hawaii World Champs 1999, first overall Manhattan Island 48 kilometre marathon swim New York in 2000, 2008 and 2009 and even broke the Australian record in 1994 for a solo crossing of the English channel.

Commenting on his new ambassador role with Swimland, van Wisse said he was honoured to become Swimland's ambassador and felt strongly about the swim school's philosophy, to teach swim safety from an early age to reduce risk factors associated with deep water.

He explained "I'm thrilled to be part of an organisation that is providing the best swim school experience for kids and I'm looking forward to helping it grow and develop even further."

As part of his new ambassador role, van Wisse will be charged with inspiring the next generation of swimmers by attending all major Swimland events, he will also participate in guest speaking roles and Q&A sessions with young and upcoming Paul Sadler Swimland students.

He added "I'm excited to pass on my experiences and learning's to the youngsters at Paul Sadler Swimland."

For more information go to www.paulsadlerswimland.com