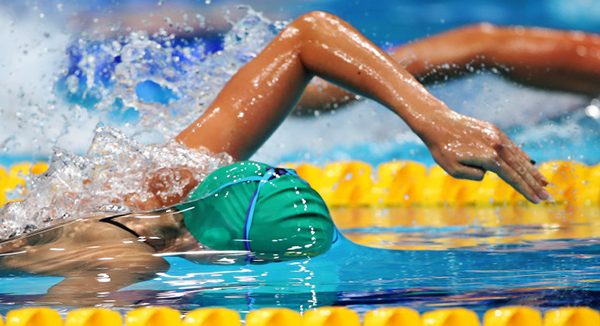 Swimming Australia has reportedly suspended its support for the Australian Swimming League (ASL) in the wake of revelations that the new elite competition’s founder and principal backer had been convicted of tax fraud.

Just three months after announcing a strategic partnership with the ASL, Swimming Australia has cooled its ties with the proposed League following growing concerns about its ownership and commercial viability.

Swimming Australia’s move came on the day that it appointed experienced sporing administrator and lawyer Eugenie Buckley as its new permanent Chief Executive. Buckley, who had been acting in the role since 31st August, is understood to have closely scrutinised the governing body’s the commercial and governance links with ASL, which would have delivered a minimal financial return to Swimming Australia.

She replaced, former Chief Executive Alex Baumann, who, stood down form the position after just four months due to health reasons.

In a statement, Swimming Australia advised “Swimming Australia has suspended our support of the ASL whilst we await further information requested from their management off the back of the weekend’s report and into other commercial programs needed to ensure the financial stability and success of the league.”

Swimming Australia’s move followed a report in The Sunday Age that revealed the founder and principal owner of the ASL, Melbourne businessman David Brandi, was convicted of tax fraud and disqualified from managing corporations.

Swimming Australia delivered the news to the ASL following a board meeting where Buckley was confirmed in her role.

As reported by the Sydney Morning Herald “where Baumann, an Olympic swimmer and former high-performance manager, enthusiastically backed the ASL concept, sources familiar with the negotiations said Buckley had brought a more sceptical eye to the commercial foundations of the proposed league and lack of direct benefit to Swimming Australia.

“The ASL had planned to run a trial meet as early as next February with a view to staging its first competition in late 2022. It has not announced a broadcast agreement, a major sponsor or any licensed teams or participating athletes.”

As revealed earlier this week, Brandi is currently serving a two-year, wholly suspended jail term after pleading guilty in the Victorian County Court to dishonestly obtaining a gain from the Commonwealth.

The Australian Securities and Investments Commission has also disqualified him from managing a corporation for five years.

The ASL has not yet revealed any major commercial partners, licensed teams, participating athletes, or broadcast partnerships, despite initially stating the competition would begin in late 2022.