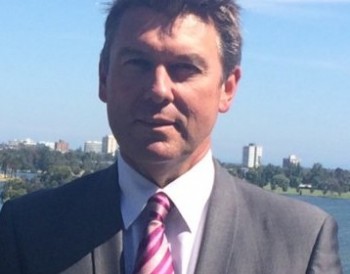 In a week where it launched a global search for a head coach, whose role will include improving team culture as well as results in the pool, Swimming Australia's controversial year out of the pool has got worse with President Barclay Nettlefold stood down on Saturday.

Nettlefold was accused of making an inappropriate remark towards a female staff member in a lift at the Australian Swimming Championships in Adelaide last month.

The Swimming Australia board began to look into the comment on Friday but took further action today when another staff member came forward with a similar complaint.

Nettlefold has declined to comment on the allegations, although he may release a statement on Sunday.

Swimming Australia Director Nicole Livingstone told reporters in Melbourne on Saturday that the board had launched an independent investigation into the allegations, stating "the board takes these allegations of inappropriate comments seriously.

"As such (the board) has made the decision that the president steps down to enable a full and independent review to be undertaken."

Livingstone and SA Chief Executive Mark Anderson said the allegations were to do with comments only and not incidents of inappropriate physical behaviour, with Livingsone adding "the comments are under review so we want to give the due process a chance to take place, so I can't give you an indication.

"I don't want to make any stretch on what it might be; we just want to allow the due process to take place."

Anderson added "it's certainly spoken comments and relates only to that."

Nettlefold assumed the Presidency of Swimming Australia in October after Australia's lacklustre performance at the London Olympics, with Livingstone highlighting that Nettlefold and the new board has done "a lot of good work" since elections late last year.

She added "We have a new CEO, we have a new high performance director (and) we've announced the search for a new head coach,.

"I think in terms of the work we've done in the last eight months as a board there's been a lot of great things that have taken place.

"I would hope that this doesn't take away from the good work that has been done not only by the board but by our great administration."

A global search for Swimming Australia's new head coach was launched on Thursday, with an appointment expected to be made in August after the world championships.

The head coach will replace Leigh Nugent, who quit in March this year after a controversial fallout from Australia's swim campaign at last year's Olympics.