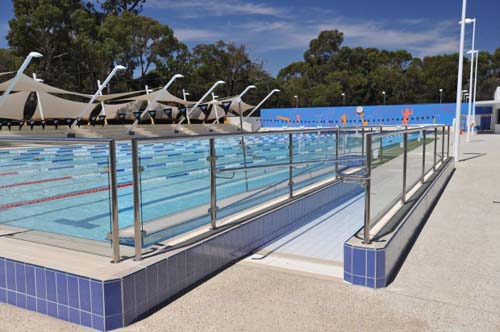 More than 20 people needed medical treatment after a chlorine incident last week at the Craigie Leisure Centre in north Perth.

The City of Joondalup run facility was evacuated on Thursday 21st August after chlorine gas seeped into the indoor pool area, with the gas sitting on top of the pool water where swimmers breathed it in.

The pool remained closed for the remainder of the day after what the City of Joondalup described as “a chlorine issue in the indoor leisure pool”, while its gym was re-opened later in the day.

Commenting on the incident in a statement, City of Joondalup Chief Executive Garry Hunt explained “management made the immediate decision to evacuate after some patrons complained of breathing difficulties.

“Four adults and four children were taken to hospital for observation after experiencing breathing difficulties in the indoor pool area.

“13 more people were treated onsite by ambulance officers who also checked on other patrons who had been using the aquatic facilities at the time.

“It is still unclear what caused the incident but the Department of Fire and Emergency Services conducted a hazard response inspection at about 11.15am and were satisfied there was no immediate health threat to patrons and handed back management of the site to the City.”

Hunt said a “full and independent investigation” into the incident was now underway to determine what happened, adding “the City’s first priority in emergency situations is the health and safety of our patrons and management made the decision to close the entire facility down in the interest of public safety.”

“The highly-trained leisure centre staff were able to evacuate the entire centre in a matter of minutes.

“Leisure Centre Craigie is one of the most popular leisure centres in WA and from time to time incidents like this can occur at facilities where chemicals are involved. The City apologises to anyone who was inconvenienced by this matter, particularly those patrons who experienced discomfort and required medical treatment.”

The indoor and outdoor pools at the  leisure centre have now reopened with all programs and classes back to normal.

A comprehensive investigation is being conducted by Worksafe WA with the assistance of the City of Joondalup.

Click here to read the City of Joondalup statement on the incident.