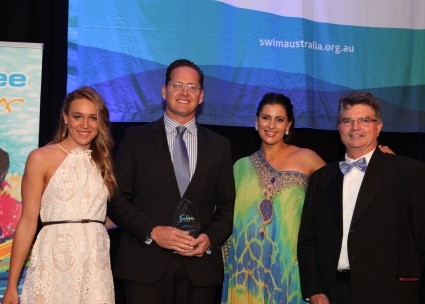 Explaining the importance of recognising achievement within the industry, across a range of prominent learn-to-swim fields, Swim Australia Chief Executive Ross Gage stated “the Swim Australia Awards Dinner ... Broadbeach - provides the perfect platform for our Registered Swim Schools of all sizes, to broadcast their achievements on a national stage.

“Winners and runners up, all benefit from hearing other schools’ ideas, stories and successes, and how they too can better perform for both their industry, and customers alike – because when it involves water safety, it’s serious business.”

Through a successful raffle and silent auction, the event also raised $7,500 towards three prominent ‘Pool of Causes’ charities, helping various children and families in need - Bears of Hope, Little Heroes Swim Academy and the AWSOM Project.

Gage concluded “we congratulate all of our winners and candidates for helping to ensure Australia continues to lead the way in learn to swim and water safety education and practice.” 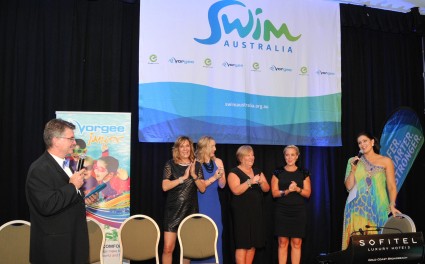 The Swim Australia Awards Dinner was held at the Sofitel Hotel, Broadbeach on 26th April.

Swim Australia is the national authority on learn-to-swim and water safety, and aims to permanently reduce drowning deaths, by providing leading edge programs rich in vital physical skills, and practical teachings, in a nurturing and supportive, educational environment.