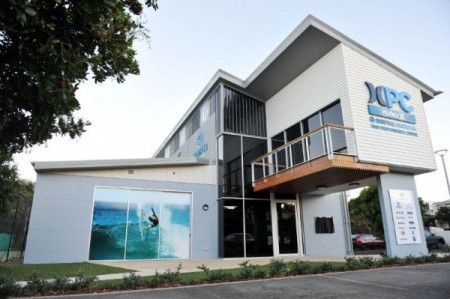 Funded by the Federal Government and officially opened in June last year, the $4 million HPC at Casuarina in northern NSW is the world's first facility dedicated to the development of elite surfers and coaches.

The two-level centre of excellence boasts state of the art education facilities, equipment and accommodation and is at the forefront of sports science and coaching development for surfing.

Since its opening more than 1000 people have attended camps and programs at the HPC conducted by Surfing Australia's high performance coaching team.

The announcement of further Federal Government funding of $350,000 will allow for the construction of a new dedicated sport research centre on the second level of the HPC. It will also include athlete testing and treatment facilities.

Minister for Sport Don Farrell, said he was delighted to announce the new funding for the Centre, which will help ensure that Australia maintains its place as a world leader in the sport of surfing.

Senator Farrell explained "we have a rich history of surfing success in this country and the Australian Government is proud to support this important facility in the regional community of Casuarina Beach.

"Surfing Australia is to be commended for its commitment to developing the next generation of elite surfers." 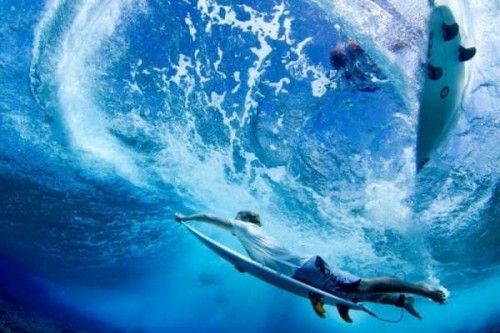 Construction is due to commence 1st August and the new facilities will be ready by November in time for summer.

The Federal Government will also be backing Surfing Australia with funding of $250,000 as it embarks on an exciting new development into the rapidly growing area of digital content and online broadcasting.

Surfing Australia Chief Executive Andrew Stark states "we realised last year that as a sport our online assets were too fragmented and we were not making the most of our digital footprint.

"Research and compelling consumer trends indicate that the time is right to launch into a new digital focussed audience engagement strategy.

"For Surfing Australia the timing is right to push ahead with this project. We'd like to think that we can be a pioneering sport in this space by staying ahead of the curve and hopefully this will provide an example to other relative sports of what is possible. Not every sport can secure the big broadcast deals that the major football codes are attracting these days so we need to look at innovative ways to commercialise our content."

Surfing Australia has worked closely with the Australian Sports Commission (ASC) over the past three years to look at ways to commercialise their business. This new digital strategy is the next project in a successful relationship that has seen the birth of other surfing programs such as the VEGEMITE SurfGroms program for five to 12 year olds and the Australian Boardriders Battle, a national club surfing series that will launch next month.

Improving the digital capacity of National Sporting Organisations is seen as critical to the future of Australian sport and has been an area that has been supported by the Australian Government, through the Australia Sports Commission. With the National Broadband Network also still high on the government agenda, Surfing Australia has seized on the opportunity to grow their media distribution capabilities.

Surfing Australia will be working with partner business Brand New Media (BNM) to create what BNM Chief Executive Perry Smith believes will be "Australian sport's most innovative digital strategy and turn the brand into a broadcaster by delivering Surfing Australia content and communications to all devices, anytime and anywhere.

"Through our Channelplay platform we will deliver SA's MySurf.tv, a dedicated surfing channel that will centralise the organisations marketing communications and supercharge current and new digital content assets."

MySurf.tv is scheduled to launch in time for summer at the end of November 2013.