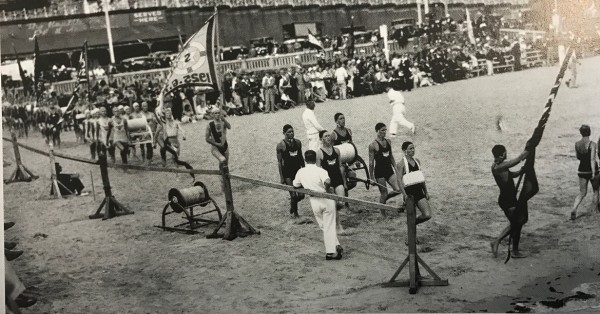 This month marks 70 years since the establishment of the Victorian Centre of the Surf Life Saving Association of Australia, later known - more concisely - as Surf Life Saving Victoria (SLSV).

From then on, the lifesaving aspect of the movement as it affected Victoria’s coastal beaches would be managed separately and independently from the state’s all-embracing organisation up to that time, the Royal Life Saving Society.

Organisationally, the Victorian State Centre would be a branch of the Surf Life Saving Association of Australia, based in Sydney.

Although the Royal Life Saving Society handed over its surf coastal clubs at the inaugural meeting of the Victorian Surf Life Saving Association, the reality was that this new State Centre had only one club in existence - Torquay.

The Royal Life Saving Society’s coastal clubs, with the exception of Warrnambool, had folded either in the 1930s depression era or during the Second World War (1939 to 1945).

On foundation, the task was to revive the coastal clubs as Surf Life Saving clubs. The way to achieve this, the executive members agreed, was to follow in the footsteps of the early founders of the surf lifesaving movement in Sydney when they started out, namely to travel down to the beaches with demonstration teams in order to arouse local interest, then when clubs formed, to arrange competitions and carnivals to encourage members’ involvement.

The executive members of the State Centre who visited these established towns would also have to be salesmen for the surf culture. The fledgling Victorian State Centre found its key salesman in Mr Allan Kennedy. Its ambassador of goodwill was the President, Sprint Walker, and the Centre’s business expertise lay in the skills of Secretary Jim Wall.

The first season of the new State Centre in 1947/48 was a remarkable success story, an outstanding credit to the men and women who pioneered the surf movement in Victoria.

Jim Wall reported “it is particularly pleasing to report to the Head Centre in August 1948 that the membership of the affiliated six clubs total 304 and that 51 rescues and services were given to surf bathers during the year”.

It was in 1985 that the Royal Life Saving and SLSV first held discussions about coming together as one lifesaving movement in Victoria.

In 2002, Life Saving Victoria was incorporated, with the first LSV Board meeting being held in 2004. Today, in Victoria there is a patrolling club membership of 57 coastal and bayside clubs with 33,000 members.

21st March 2015 - CHAMPIONS OF THE PAST, PRESENT AND FUTURE CELEBRATE 100 YEARS OF THE AUSSIES