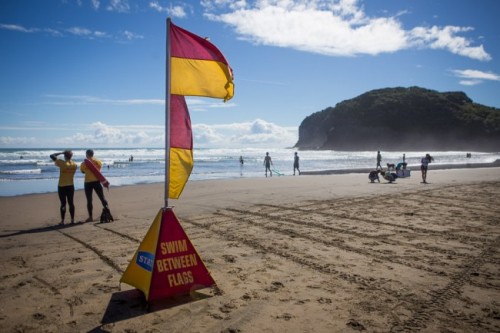 Heroic Bethells Beach lifeguards have been decorated for saving the lives of six people in a dramatic off-duty rescue on 21st February this year.

Half a dozen swimmers were saved from drowning at the infamously rough west coast beach in February - thanks to lifeguards Dean Maddaford, Shane Dwyer, James Newland, Andrew Carr and Robin Hammond.

The Bethells Beach Surf Life Saving Club quintet were packing up for the day they noticed a group in the water, caught in a rip around 300 metre offshore.

Thinking on their feet, they quickly launched an IRB and swam out with rescue tubes to help the swimmers who were at the back of massive surf and were seriously close to drowning.

Their actions avoided a certain number of deaths in very difficult conditions.

This event, and the work of many others in the surf life saving movement, were recognised at the annual Surf Life Saving New Zealand Awards – presented on Sunday evening at the Heritage Hotel in Auckland.

The NZ Lottery Grants Board Lifeguard of the Year award is the pinnacle of surf lifesaving in New Zealand and highlights the skill, experience and dedication of the lifeguards who give up their time to make our beaches safer.

This year the award was presented to Waihi Beach's Christiaan Maarhuis who volunteered over 50 hours on patrol and another 80 hours of event lifeguarding, coupled with a can-do attitude.

Dalton explained “despite working full time, with a young family, he never hesitates to step up and lead by example.

“He is a great role model to the young lifeguards that he is helping to train and they will benefit greatly from his knowledge.”

DHL Instructor of the Year was presented to Lucy Scown from Waihi Beach. The 18 year-old instructed two four-day lifeguard camps with 34 candidates where she achieved a 100% success rate. She has coached Junior Surf athletes on Sunday mornings for three seasons and also instructs at the club's pool swim programme in Katikati multiple times a week. The program has over 50 participants; mostly members of the club but the program is open to anyone in the community.

DHL Innovation of the Year was awarded to Max Corboy from St Kilda Surf Life Saving Club for beginning the discussion of moving the Otago/Southland radio network from an analogue simplex network over to a new digital repeater network. It came at a time when a number of Search and Rescue (SAR) call-outs and pre-season trainings had limited radio coverage and, in some cases, was next to nothing in and around the cliffs and inlets south of St Clair. 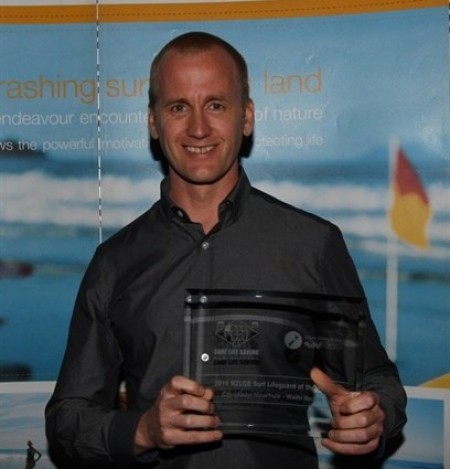 A number of sport awards were awarded alongside the lifesaving awards.

For the fourth year in a row, Papamoa's Ross Merrett was named Surf Official of the Year. Merrett is a well-respected local, national and international Surf Official. His workload over the past season was immense as an official and facilitator as well as developing and refining the event safety procedures for New Zealand.

Images: Life Savers at Bethells Beach (top) and 2016 NZLGB Lifeguard of the Year Christiaan Maarhuis (below).