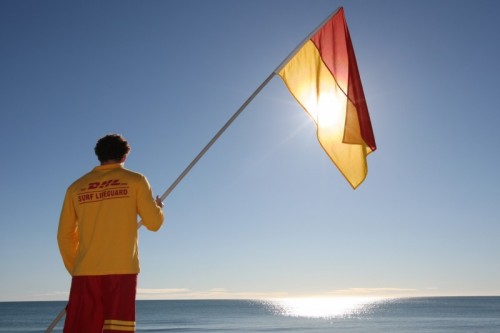 Mindful that a day out at the beach turned to tragedy for 15 people who drowned at unpatrolled beach locations last summer, Surf Life Saving New Zealand is pleading with people to choose a patrolled beach and swim between the flags so this year doesn’t see a repeat of those drowning statistics.

With the patrol season officially beginning this Labour Weekend, volunteer lifeguards will be stationed from the Far North down to Raglan along with Mount Maunganui beaches and some in the Coromandel. Patrols will continue to roll out across the rest of the Bay of Plenty and lower North Island and into the South Island throughout November as the weather warms up with up 4,000 lifeguards to be deployed during the peak summer season.

Mundy advised “sadly, there were 57 preventable* drowning deaths last summer (from 24th October 2015 to 22nd March 2016) of which 15 occurred at beaches. None of those were at patrolled locations. We cannot stress enough, the importance of being prepared and choosing one of our 80 patrol locations nationwide so that we can be there for you if you get into trouble.”

Of the 15 beach drownings last season, the standout cause was rips with seven deaths directly resulting from swimmers getting caught in them. 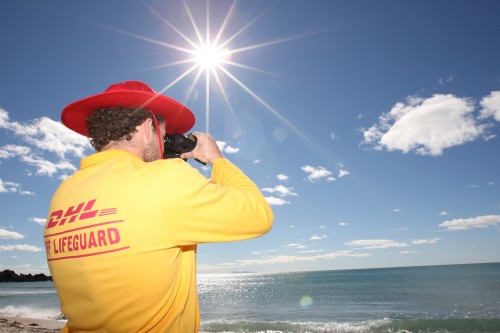 Mundy says a lot of people panic when they find themselves caught in a rip and they tire themselves quickly by trying to fight against it.

He adds “the safest place to swim is always between the flags as lifeguards actively seek out the safest place on the beach to set them up and will regularly move them throughout the day as the surf conditions change.”

Rips are caused by complex interactions between the sea (tides, waves, current) and the shape of the shore bed. As waves travel from deep to shallow water, they eventually break near the shoreline.

Mundy says all of this water needs to get back to sea and a rip current is this happening, explaining “as waves break, they generate currents that flow both offshore (away from the coast) and alongshore (along the coast).”

The larger the surf, the stronger the rip current will be. Outgoing tides also increase the strength of the rip as more water is heading out to sea and a shallower water body moves faster than a deep one.

However this is where things get confusing, he explains, concluding “at the shore end of a rip is often a calm deep pool of water ‘the hole’.

“It is this calm water that catches more people off guard than any other part of the rip, simply because of the calm deep water; it seems so tranquil, especially when either side of it are breaking waves. These holes, even on a small surf day, can be several meters deep especially at high tide. They are so dangerous because when people get into them and can’t touch the bottom, the current will carry them into the rip channel in a matter of minutes.” 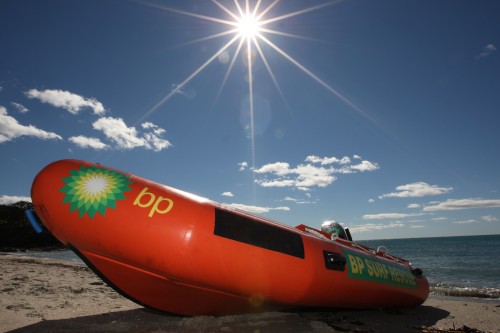 Anyone who finds themselves caught in a rip should lie on their back and raise their hand to signal for help. If you spot someone in a rip at an unpatrolled beach, ensure your own safety and call 111 and ask for Police.

• Choose a patrolled beach and swim between the flags (www.findabeach.co.nz)
• Always keep a very close eye on children in or near the water. Don’t overestimate you or your children’s ability to cope in the conditions. Preferably be in the water next to them at all times on a surf beach.
• Get a friend to swim with you - never swim or surf alone.
• Watch out for that rip- rips are calm, deep patches of water close to shore that can sometimes have waves breaking to the side. Rippled, discoloured or foamy water with debris can also mean there is a rip present.
• Be smart around rocks: whether fishing or exploring at the beach, rocky outcrops can be very dangerous in large surf. When fishing, always wear a lifejacket. Never stand on a rock outcrop that is already wet (a sure sign waves will be washing over it) and always face the ocean; never turn your back on the sea.
• If you’re away from home, check with the locals and ask them about the conditions and the safest place to swim.
• If in doubt, stay out!
• If you spot someone in trouble at an unpatrolled beach, ensure your own safety and dial 111 and ask for Police.

*There was a total of 61 drownings between 24th October 2015 to 22nd March 2016 with 57 considered preventable. The other four were a result of either suicides or road vehicle accidents.