With the 20th anniversary Supercars event in Darwin just over a week away, the event is being highlighted for injecting $16 million into the Northern Territory economy every year, creating jobs and providing a big boost for motorsport.

“Motorsports is a great sport with a huge following here in the NT, that’s why the NT Government is spending $13 million on infrastructure upgrades for motorsports venues across the NT, including $6 million at Hidden Valley. This investment will provide important construction jobs and continue to grow the sport in the NT.

“The Government contributes just over $3 million every year to bring the V8 Supercars to Darwin, an investment that returns $16 million to the Territory economy annually and brings approximately 4,000 interstate visitors to each race.”

This year's Supercars party will include two nights of entertainment at the RACE & ROCK concerts at Hidden Valley including Australia’s biggest Hip Hop success Hilltop Hoods and Melbourne rapper ILLY. 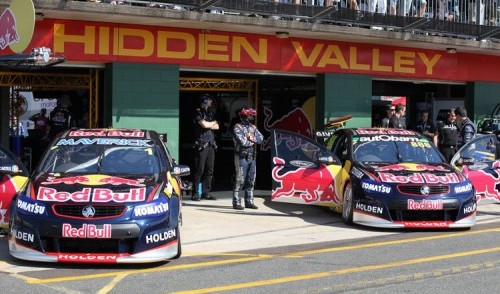 Minister Moss added “Supercars is a great event for the Territory promoting tourism, celebrating motorsports and demonstrating on a national stage the capability of our local facilities."

The introduction of the Stadium Super Trucks to the track is an exciting new component that will bring out 600 horsepower, V8 powered trucks that reach speeds in excess of 200 kilometres per hour.

The Crownbet Darwin Triple Crown Supercars will be held at Hidden Valley Raceway from 16th to 18th June 2017, featuring three days of motorsports action, on and off track entertainment and two nights of concerts.