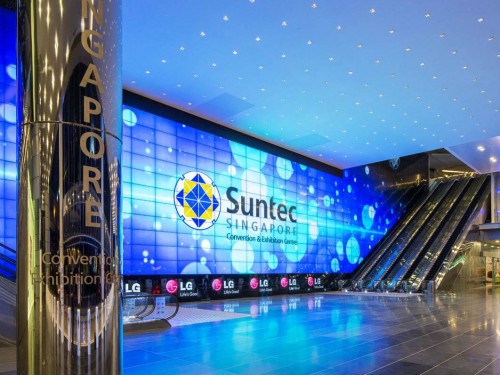 The Vancouver Convention Centre (VCC) representation contract was signed in August 2010, giving the new company its first client. As the Asian sales and marketing representative for the premier North American venue, Suntec International will spearhead efforts to draw meetings and events in Asia to Vancouver.

The contract with Adelaide Convention Centre was secured in November, signed at the ICCA Conference 2010, giving Suntec International much deserved limelight at the important industry event at Hyderabad, India.

As Suntec International Chief Executive Pieter Idenburg explains "we started 2010 with a bang, embarking on a venture that no Asian convention venue has considered. (Now) 2011 is going to be another landmark year as we leverage on our award-winning brand to expand our reach.

"With phenomenal growth across Asia, we are set to establish a network of venues as Suntec International serves as a bridge that links conference ideas and global venues."

The year ended with a move to new headquarters on Raffles Boulevard, a prestigious Singapore location, which is being used as a base to branch into the international MICE market. The location will serve its efforts to connect with partners, actively pursuing leads for its clients and boosting business for its clientele.

Suntec International's Chinese-speaking consultants are now set to build a comprehensive database, riding on the enormous array of opportunities from China.

Singapore's immediate neighbours also offer opportunities. The organisation is in talks with Malaysia in its Economic Transformation Program (ETP), a government effort to transform the country into a high-income nation by 2020, while more projects are in the pipeline as Suntec International is in the final stages of discussions with two venues for consultancy contracts.

Director of Sales and Marketing (International Business Development) Chu Pui Wia adds "Asia's MICE industry is on the cusp of a regional transformation and Suntec International is well-positioned to capitalise on the task at hand. We are also set to tap the opportunities in the emergent China markets as we are poised to implement more strategic initiatives to further expand our footprint."

With Asia now a key driver of the global economic recovery, Suntec International is set to benefit from its growth and infrastructure build-out and analysts are confident the tourism/hospitality and services industries will remain robust. With increasing exposure to foreign markets and strong growth prospects, Suntec International is well placed for a solid 2011.

For more information go to www.suntecinternational.com