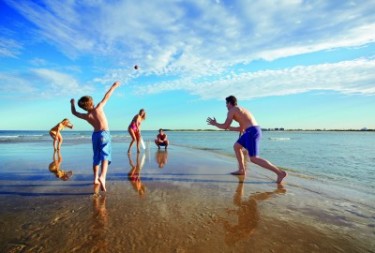 The weekend saw the Sunshine Coast receive over 200mm of rain, but the region escaped the worst of Cyclone Marcia’s fury, and tourism businesses are already reporting a “full return to normal”.

However, the coming of Cyclone Marcia did see the postponment of two major events - with Flame Hill Winery’s annual Grape Stomp to now be held next Saturday (28th February) at the winery in Montville.

The Mooloolaba Mile swimming race also had to be postponed, with a revised date still to be announced.

While some roads, including the Bruce Highway, were temporarily cut during the weekend, most have been reopened for traffic, with only some smaller roads around Gympie still affected. 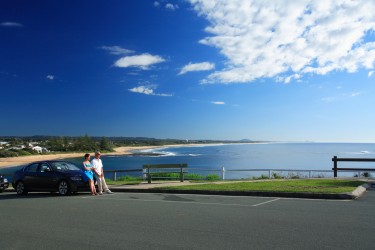 Sunshine Coast Destination Ltd (SCDL) Chief Executive Simon Ambrose said that the region had been well prepared for the adverse weather, and while some disruption was caused during the weekend, most tourism businesses remained open and operating.

Ambrose explained “the Sunshine Coast has had an exceptional summer season, with virtually no weather disruption, and we were fortunate that Cyclone Marcia spared the region its full fury.

“It was impressive that many hotels and other tourism businesses had organised contingency plans to maintain services over this period, and while some people postponed their trips because of the weather, we can expect them back on the Sunshine Coast a little later in the year.”