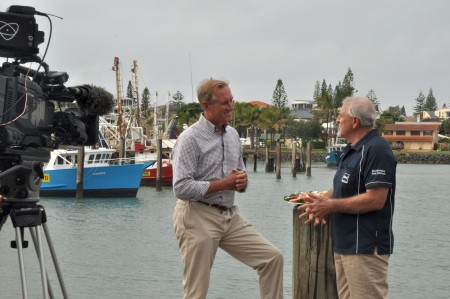 NVS figures for Queensland showed statewide growth of 5.1% in visitor numbers, with major tourist regions such as Tropical North Queensland up 0.2% and Gold Coast down 5.6%.

The figures for the Sunshine Coast followed a year of quarterly increases during 2014.

Not only did visitor numbers increase but expenditure increased by 12.2% delivering $1.9 billion in revenue for the Sunshine Coast economy.

Ambrose said that the extensive marketing undertaken by SCDL and its partners during 2014 was continuing to pay dividends, and prospects for continued growth were encouraging with the recent delivery of the successful major domestic campaign delivered in partnership with Flight Centre.

He explained “we are now rolling out an extensive marketing campaign aimed directly at the important drive market, which – with lower fuel prices and new product such as the Great Beach Drive – is likely to increase visitation further.

“The domestic campaign is well timed, as it is being complemented by the rise of the popular ‘holidaying at home’ trend, which has resulted from the softer Australian dollar.

“The Sunshine Coast has placed a premium on its diversity over the past 12 months. People might come to the Sunshine Coast with the beaches top of mind, but they leave having experienced much more – providing plenty of reasons for them to return.

“We will be emphasising the region’s rich food culture over the next three months with the launch of a new interactive mobile food site and the staging of the Real Food Festival in September, and this will further highlight the region’s rich diversity.

“With a host of events and new activities, as well as planned visits by cruise ships, winter is no longer a quiet time on the Sunshine Coast, with strong results in the first week of school holidays supporting this trend.”

Ambrose said that Sunshine Coast Destination had been hosting a variety of international and Australian industry and media organisations in recent months, including Channel Seven’s popular Travel Oz program, which was filming throughout the region this week.

The National Visitor Statistics to the end of March can be viewed via www.tra.gov.au