The Sunshine Coast Council has announced that it will undertake a detailed feasibility study on the development a 25,000 seat, national-standard stadium at the current Sunshine Coast Stadium site in Bokarina.

Mayor Mark Jamieson said the Council had highlighted its aspirations to develop a major sports facility that had the capacity to stage national sporting, recreational and entertainment events.

Mayor Jamieson explained “there is no doubt a major sports facility with the capability to stage national sport events is a ‘missing piece’ of the core economic and community infrastructure mix for a region of our size and projected growth.”

Advising that KPMG had been commissioned to undertake a Stadium Feasibility Study to provide a holistic approach to identifying the infrastructure needs of the Sunshine Coast region, Mayor Jamieson added “the work done to date had specifically been focussed on determining the appropriate site to be referred to the full feasibility phase.

“Council considered short-listed sites earlier this year, and at that time requested further information on transport and traffic effects, impacts on key sporting facilities and participation patterns across the region in the event that a national-standard stadium was constructed.

“Today’s endorsement of the detailed Traffic and Transport Analysis and the Regional Sports Facility Impact Assessment reaffirmed the existing Sunshine Coast Stadium at Bokarina as the most appropriate site in the event that it is feasible for national-standard stadium to be built on the Sunshine Coast.

“This site was preferred for many reasons, including its high destination appeal as part of a health and sporting precinct, its higher potential to generate economic activity and superior traffic and its superior public transport connectivity into the future.

“It is important to note we are still in the feasibility stage and we have a long way to go before this aspiration of having a stadium such as this one will be realised.” 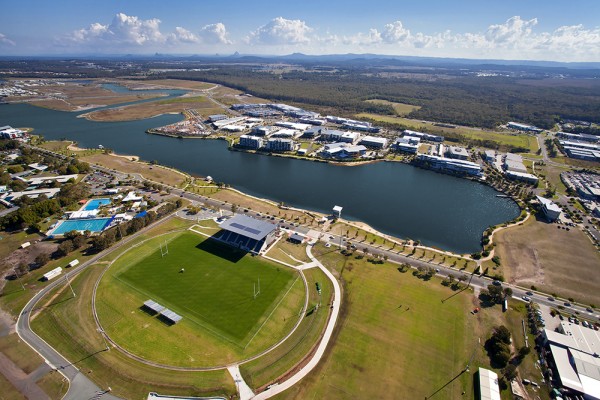 Tourism, Sport and Major Events Portfolio Councillor Jason O’Pray said the Sunshine Coast had quickly gained a reputation as a preferred destination to stage national sporting, recreational and entertainment events, adding “it is only fitting that the Sunshine Coast would be the logical location for a major sports and entertainment facility of this type which would benefit not only our region but those living north of Brisbane through to North Queensland.

“The Traffic and Transport Analysis highlighted that while the current stadium site at Bokarina does have mature transport infrastructure and already accommodates large events, there will need to be a behavioural change in the way people travel to and from the stadium.

“Public transport links are important and the current stadium site is well positioned to capitalise on the proposed major public transport initiatives, including light rail, bus and heavy rail.

“In the event that the current Sunshine Coast Stadium is developed further, it is the intention of council that it be done in a way that minimises impact on the current tenants.

“There is no doubt the surrounding fields in the precinct are of importance to the clubs calling the Sunshine Coast Stadium home as it provides our region with a competitive advantage when hosting large scale events which require multiple fields.

“We will now move into phase two of the feasibility study which is anticipated to be presented to council in early-2018.

“The key components of the next phase will include demand and market analysis, stadium conceptualisations, ongoing operational forecasts and funding options.

“This phase will also include consultation with the broader community including current tenants, key government officials, peak sporting and event bodies and the local sporting community.”