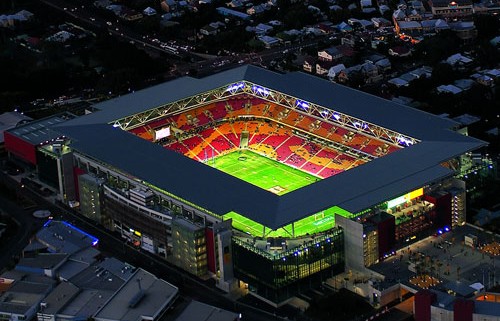 TEG has announced that its Ticketek subsidiary has renewed its long-standing partnership with Brisbane’s Suncorp Stadium.

The new multi-year extension deal will renew in 2018, building on a relationship that has spanned more than three decades including some of the greatest moments in Australian sport and entertainment.

The agreement also includes a major investment in new technology in an effort to enhance the fan event-day experience, the provision of market-leading digital marketing and communications platforms and new fan-friendly digital innovations, including 3D digital seating maps.

Announcing the extension, TEG Chief Executive Geoff Jones stated “when it comes to the glorious history, the iconic stature of the building and the electrifying atmospherics generated in this cauldron, Suncorp Stadium is on a level all of its own.

“It is by far the most successful rectangular major event stadium in Australia and is loved by generations of fans, players and performers.

“I am proud and delighted that Suncorp Stadium will be a Ticketek partner for the years ahead.”

“We are delighted to have them back on board and look forward to continuing to work with them to offer world-class ticketing services to our venue hirers and patrons.”

The Wallabies, Socceroos and Kangaroos play regular World Cup and international matches at Suncorp Stadium and top artists such as Coldplay, Taylor Swift, Ed Sheeran and U2 have also filled the venue.