Sun and Surf attracts the crowds to Manly 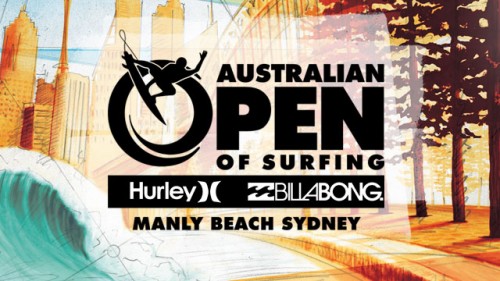 Having attracted over 10,000 spectators on the famous Manly beach, and with more than 30,000 people soaking up the atmosphere up and down Manly's Corso across the opening weekend of competition, the Australian Open of Surfing is proving both on and off the water.

Tourists and locals have embraced the amazing spectacle, both on and off the water, which ends tomorrow (Sunday, 19th February).

Celebrating the event, Australian Open of Surfing Contest Director Barton Lynch stating "the waves hung around for us and provided some great opportunities. It was the first chance to see the best women in action and they didn't disappoint.

"There were 8s and 9s being dropped everywhere following similar high scores in the Juniors on the weekend. Sally Fitzgibbons (Gerroa, NSW) was her usual amazing and professional self, and Laura Enever (North Narrabeen, NSW) was a standout, flying the flag high for her local Northern Beaches. We maintained the waves from the Juniors through to the QF women's, and also had huge crowds so if we keep those two elements up we'll brain it!" 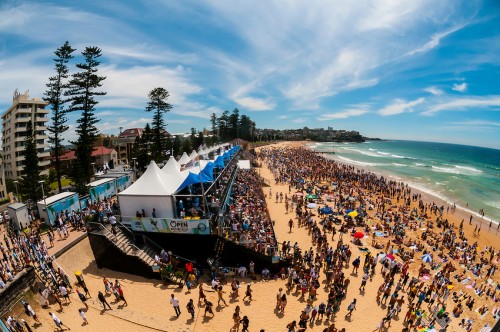 Surfing icon Kelly Slater will officially declares the honour bestowed on the heritage surfing location in a ceremony next month.

Both beaches were among the first in Australia where surfboards were ridden, with Freshwater famously holding a demonstration of the exotic new ocean pursuit by Hawaiian Duke Kahanamoku in 1914. Manly also had Australia's first legal daylight bathing in 1902. Before that, a dip in the waves on a hot summer day was illegal, and swimmers risked shark attack by getting wet at night.

World Surfing Reserve status will help protect 4 kilometres of coast from development that might affect the waves and their shorelines, with Manly and Freshwater joining two already established reserves at Malibu in California and Ericeira in Portugal.