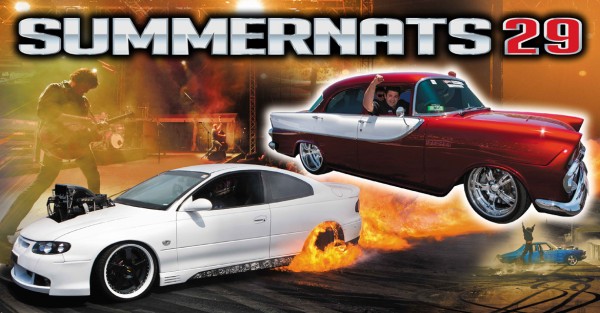 Summernats co-owner Andy Lopez has declared this year's meet an "amazing" success, with the event’s 29th edition attracting an estimated crowd of 100,000 people.

Once renowned for a no-rules atmosphere and tales of misbehaviour and lawbreaking, the organisers insist the annual street machine meet has cleaned up its act.

It is a sentiment echoed by police, who now work closely with the promoters to keep the event under control.

Lopez praised attendees at the event, telling the ABC “Summernats 29 was an outstanding success, we had over 100,000 come through the gates at Exhibition Park.

"Crowd behaviour was great, there were no major incidents reported.

"(People) come here to have a great time, go a little bit nuts but always kind of within the limits."

With the low buzz of hundreds of customised cars filling the Canberra air, Summernats burnout pad was the centre of much attention.

As an aside to Summernats’ main attractions, the ABC suggested that the event had generated a boost for the local sex industry, reporting a rise in activity at Canberra's sex shops - with one store owner reporting a 50% increase in sales.

On Saturday, Fairfax also reported more than 100 strippers from out of town had been brought into Canberra, to keep up with demand during the meet.

For more information go to www.summernats.com.au