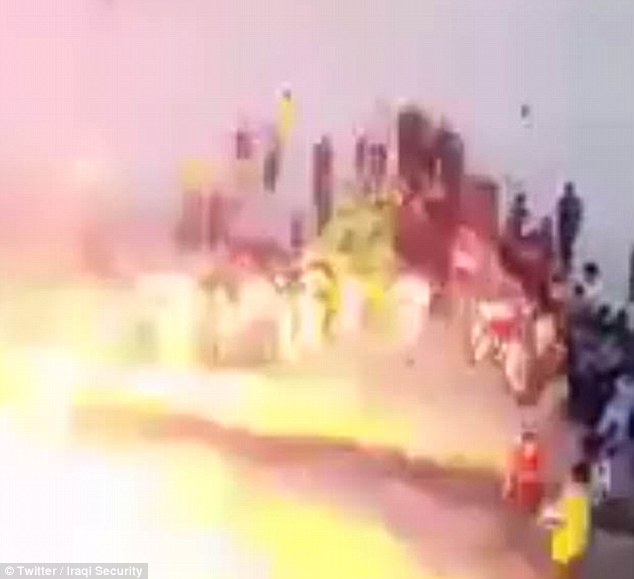 A suicide bomber has blown himself up at a football stadium south of the Iraqi capital Baghdad, killing 41 people and injuring 95 others.

The blast in Iskandariyah happened in the early evening on Friday (25th March) at the end of an amateur football game.

The Islamic State of Iraq and the Levant (ISIL) - which controls large areas of the country's north and west - has claimed responsibility for the attack.

Mobile phone footage widely shared by Iraqis on social media showed players in football kits gathering to collect trophies and footballs as at least one child stood nearby.

One man throws a new football to the crowd, before the camera shakes violently and the footage ends, at what witnesses said was the moment a bomber in the crowd detonated an explosives belt.

An eyewitness told the AFP news agency “the suicide bomber cut through the crowd to approach the centre of the gathering and blew himself up as the mayor was presenting awards to the players.”

United Nations Secretary-General Ban Ki-moon offered his condolences on Saturday to the families and friends of the 41 people killed, stating that the "the international community stands with Iraqis in horror and outrage."

Speaking during an official visit to Iraq Saturday, Secretary-General Ban said that the battle against ISIL (Islamic State) must comply with international law.

The extremist group has lost ground in recent months in Iraq and Syria, but has struck back with a series of large attacks targeting civilians. ISIL also claimed this week’s attacks in Brussels, which killed 31 people.

Gianni Infantino, President of world football governing body FIFA also offered his condolences to those killed, stating “around the world, football unites people. It is a very sad day, when people, going to a match together, become the victims of such violence.”

Image: The blast at the Iskandariyah Stadium. Twitter/Iraqi Security.