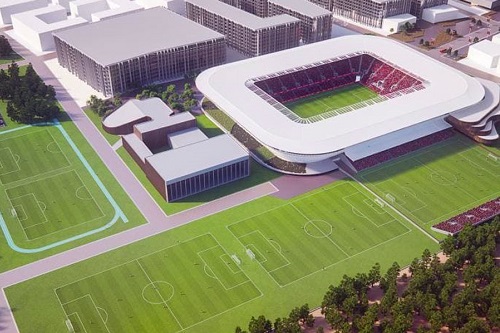 Having been successful in their bid to join football’s A-League, the Western Melbourne Group (WMG) have been unveiled concepts for the new $150 million stadium that they plan in Western Melbourne.

Set to join the A-League next season under Football Federation Australia's plan to expand the competition after confirming its licence confirmed in December, Wyndham City Council has awarded four parcels of land to the Group.

Funding for the stadium development as well as neighbouring commercial and residential buildings, located 30 kilometres west of Melbourne’s CBD, will be based on unlocking the added value in an under-utilised area.

WMG Director and former Socceroo Steve Horvat said the new development, to be built in the fast growing Wyndham area, will break new ground for football in Australia as the first fully club-owned senior stadium in the country, explaining “we share the vision of taking A-League football to the next level, to growing the game here at home and taking the Australian game to Asia.”

The Council has appointed experienced sports and business executive Kate Roffey to oversee the deal with wider plans for economic growth and development potential in the region.

The franchise model was said to be modelled on new teams recently added to Major League Soccer in North America, with investors potentially emerging as owners of hundreds millions of dollars worth of surrounding commercial and residential property. 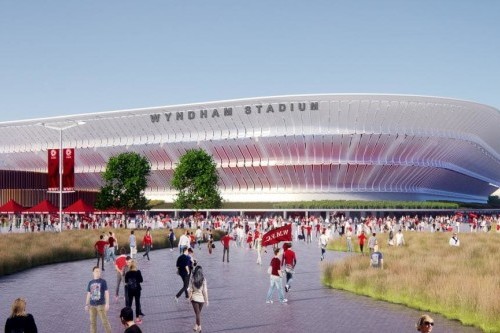 Horvat added “we travelled to the USA, and saw what Los Angeles FC we're doing and that has become the template.

“If you followed that they’ve done in the last 12 months, it's been nothing short of remarkable.”

Once complete the masterplan could include a new hotel, numerous office buildings and residential projects.

In a statement, WMG announced “we will fund the entire construction with private investment so that government money can be used where it is needed most, for the community clubs that have girls and boys missing out on playing our beautiful game every year because of a lack of grounds and facilities.

“The announcement paves the way for an exciting and innovative sporting and infrastructure project for the Western Melbourne community.”

The stadium will also be based on the train line from Melbourne to Geelong with the Sayers Road station located on the development site.

WMG plans to begin construction on the stadium next year with the entire project anticipated within about six years.

The team will be based at Geelong’s Kardinia Park for their first three seasons as the new venue is constructed.

Images of the new Western Melbourne Stadium courtesy of WMG/Populous.