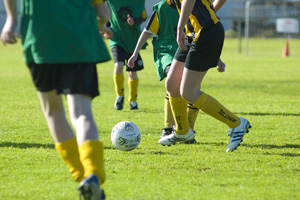 The study was based on a survey of 399 same-sex attracted and gender diverse young people, who reported higher levels of depression and anxiety when they were subjected to regular homophobic taunts.

While the remarks may not have been intended to upset someone in the PE class, the study found more than 80% of people were distressed when they heard remarks like "you’re so gay" and nearly 60% had heard deliberate homophobic remarks targeted at them such as 'faggot' and 'dyke.'

Dr Symons said the 14 to 22 age bracket was critical to build a positive relationship with sport and PE, and PE lessons and school sports were the most common environment for a young person to experience homophobic bullying.

"This homophobia and transphobia tells them 'you are not welcome here,' which can prevent them from enjoying the physical, mental and social benefits of participation for years to come."

beyondblue Chief Executive Georgie Harman said the striking results were troubling, especially at an age and stage when many young people were exploring their identity and sexuality.

Harman stated "sport and teamwork can help bind people together. Homophobia in the school yard or on the sports field is unacceptable and can have a lasting impact. Throw away lines - whether intended to hurt or not - stay with kids and can affect their ability to be open about the feelings they're having. Teachers, parents and kids themselves can learn from this research and say `this is not acceptable’, and do something about it.”

Other findings of the survey were:

They were funded by the Victorian Government through a beyondblue Victorian Centre of Excellence in Depression and Anxiety grant.

Mental health professionals are available 24/7 at the beyondblue Support Service on 1300 22 4636 or via www.beyondblue.org.au

For more information on the research go to www.vu.edu.au/news-events/news/exposing-discrimination-in-sport