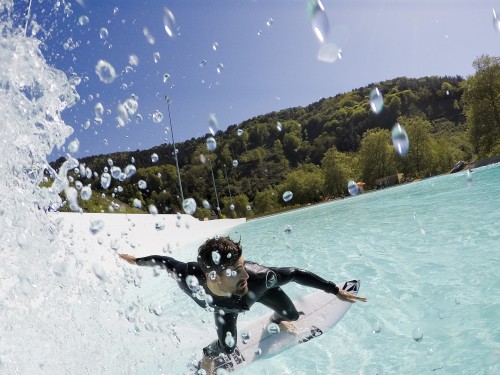 Global surf park developer and investor Aventuur, Inc has welcomed a new which ranks Wavegarden’s ‘Cove’ technology as the most energy efficient in the world.

For a busy surf park delivering around two million waves per year, this results in annual cost savings of between US$1.3 million to US$2 million, depending on local energy pricing.

Commented on the report, Aventuur’s Chairman and Chief Development Officer, Andrew Ross advised “as a global surf park developer and investor, operational efficiency and environmental sustainability are two essential considerations for the long term viability and success of our business.”

To provide a transparent, like-for-like assessment, the study compares different wave types, sizes and ride lengths, and evaluates energy consumption per single wave produced, rather than the number of ‘surf rides’ that are possible per single wave due to ‘reforms’ (i.e. secondary or tertiary waves that break in downstream areas of a surfing lagoon, after the primary wave has already broken and been surfed). 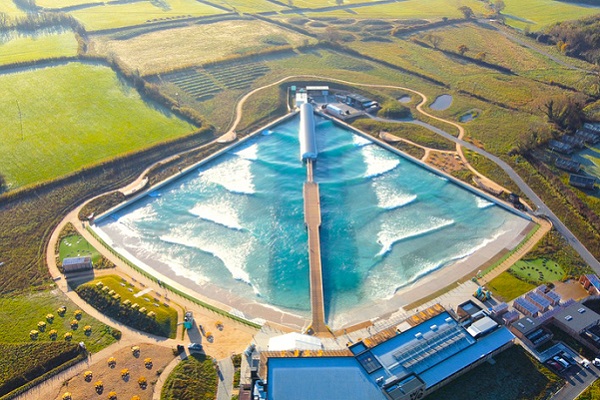 Other considerations in the report include the ‘stand-by’ energy consumption of both technologies in the periods between the generation of sets of surfing waves when the machines are idle. This gives a holisitic assessment of the total energy demand for each hour of operation giving a more accurate comparison.

Ross added “as the surf park industry evolves, new wave generating technologies are invented, which drive innovation and creates exciting opportunities for different surfing experiences. Wavegarden has extensive operational experience and data to underpin their claims in regards to energy efficiency. Newer technologies which are yet to build prototypes or full scale models - let alone public facilities - have to largely rely on theoretical modelling and estimates. From hard won experience, the only scale model I now trust is a 1:1 scale model that I can surf.

“As lifelong passionate surfers, we believe that high quality artificial waves must be made using the most energy efficient approach possible. On average, the Wavegarden Cove consumes only 250-450 kilowatts of electricity per hour during commercial operations.

“This is less than what is consumed by a single quad chairlift at a ski resort. Having such low energy consumption means the Wavegarden Cove delivers superior environmental and financial outcomes for operators.”

Having recently been announced by the Western Australian Government as the preferred proponent to deliver Perth’s surf park, Aventuur will use Wavegarden Cove technology to create the largest surf park in the Southern Hemisphere on a site just a short drive south of central Perth. 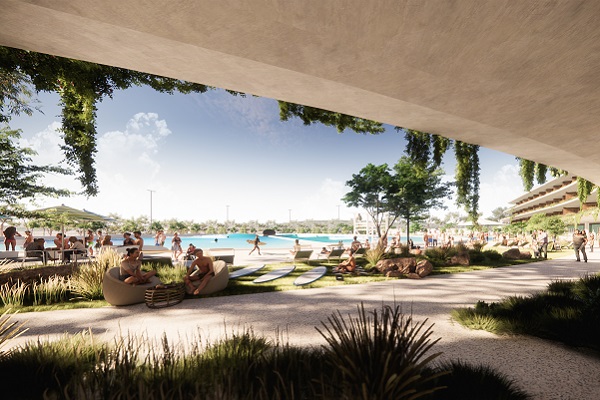 Aventuur’s co-founder and Chief Executive, Nicholas Edelman went on to say “environmental and social sustainability are core values for us as we develop world-class surf parks around the world.

“We chose to partner with Wavegarden because in addition to their proven capability to deliver authentic, ocean-like surfing waves, their technology is the most energy efficient in the market - and this resonates strongly with surfers and progressive governments that want to minimise their footprint where possible.”

Wavegarden technology
Based in and developed in the Basque Country near San Sebastián in northern Spain, Wavegarden has the largest number of surfing facilities in operation globally with seven Wavegarden facilities operating successfully across four continents while 48 others are in various stages of development.

Among the seven operational facilities are URBNSURF Melbourne; the recently opened Alaïa Bay attraction in the Swiss Alps; and Wave Park, Asia’s largest surf park in Siheung, South Korea, less than an hour’s drive from Seoul.