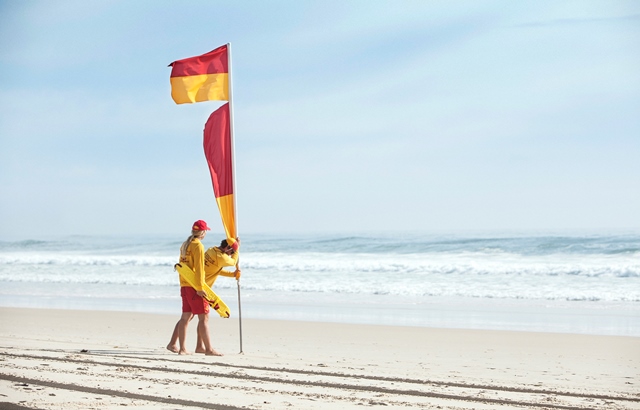 The flags have been lowered on another successful year of Australia’s most popular primary school surf education program.

Over 6000 rural and regional NSW students last week had the opportunity to interact with surf lifesavers and learn vital beach safety skills ahead of summer.

It was a year to remember in 2018 as the Beach to Bush Program celebrated its 25th anniversary.

Since its humble origins, more than 250,000 students have benefited from the program. If this year is any indication the passion for the beach in the bush shows no signs of waning.

During their time of the road, the presenters collectively travelled more 8,000 kilometres stopping at 36 schools and delivering 66 presentations.

They fielded questions about what it’s like to be a be a lifesaver, demonstrated the finer points of zinc application, and above all showed their passion of Surf Life Saving while helping educate children about the importance of staying safe at the beach. 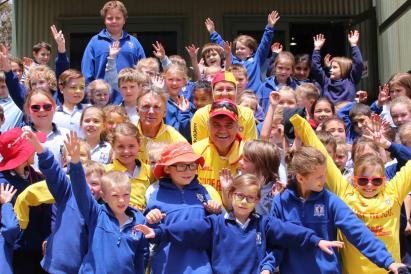 The presenters came from a diverse range of surf clubs across NSW. Sarah Bugbird (Merewether) and James Worral (Stockton) participated in their first tour, while Dee Why’s Adrienne Lowe just completed her 15th tour and is one of the longest-serving presenters of the program.

Lowe advised "it’s such a wonderful program that has continued to evolve over 25 years. I’ll keep coming back for as long as they want me.

“A new experience for me this year was visiting schools with only five to ten pupils. I’ve done small presentations before but nothing like this. You have to be adaptable in the way you present to keep big and small groups engaged.

“It was really fun having a group that tiny because you can get everyone involved and the kids are full of interesting questions about the beach. Everywhere I went they recognised the red and yellow flags which is wonderful to see."

All of the presenters were delighted that the children were so receptive and willing to share their knowledge about the beach.

Bugbird advised “it’s a fantastic program to be involved in. I wanted to become involved after hearing so many positive stories from my friends in Surf Life Saving who previously participated.

“There’s so many different types of waterways in Australia and the message we wanted to get across is that regardless of where you swim, it’s important to know the dangers and what to do if you get into trouble."

Worrall agreed adding “the kids were certainly willing to become involved. So many of them head to the coastline away from the heat of Canberra in summer and it’s important that they have access to the same beach safety messages we all grew up with.”

During their week-long odyssey throughout NSW, volunteer presenters spoke about a range of topics including the role of lifesavers and lifeguards, what the signs at the beach mean, what type of marine life live at the beach, and what to do if caught in a rip current.

Steve Corcoran (Broulee Surfers SLSC) assisted during the largest presentation of the trip at Amaroo School in Canberra where 1,000 students participated in a single day.

Corcoran commented “a lot of people in Canberra are becoming involved with Surf Life Saving so it’s important to build these relationships now.

“The kids were really engaged with what we had to say and I think it’s because of how interactive the presentations are."

Surf Life Saving Beach to Bush spokesperson Mike Anderson was delighted with the successful completion of the program, concluding "educating youngsters about beach safety is a responsibility we take very seriously and it’s always pleasing to hear of how captivated and involved the teachers and students were during the presentations.We’ve had a lot of positive feedback."

With summer starting tomorrow and many regional kids flocking to the coast with their families, the message of beach safety remains an important one.

The Beach To Bush Program, proudly supported by ClubsNSW and the NSW Cancer Institute, is the largest and most innovative surf safety education program in Australia, having reached more than 250,000 primary school students since it began in 1994.