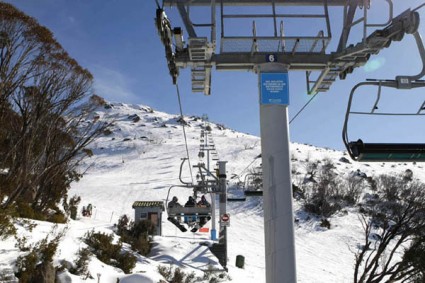 The Australian Ski Areas Association (ASKA) has reported that the 2008 winter provided some of the most consistently good snow that Australia's alpine resorts have experienced in a decade.

A recent ASKA statement explained that the early (pre solstice) winter was unusually dry, and variable temperatures limited artificial snowmaking opportunities. However, in common with some of the best seasons, 2008's early conditions were no indication of what was to follow.

ASKA Executive Director of Andrew Ramsey went on to state that "the consistently low maximum daily temperatures meant that the regular snowfalls from mid July provided some of the best dry and light snow most skiers and boarders crave."

Mount Hotham had over 55 days when the temperature remained below zero.

Ramsay stated "2008 will be remembered as fabulous season because of the number of fresh dry snow days", adding "with Perisher experiencing fresh snowfalls on over 71% of the days during a 6 week period in July and August, satisfying even the most demanding of snowsports enthusiasts."

The total national 'skier days' were again over the two million mark.

In both Victoria and NSW visitation was slightly greater than 2007. The numbers represented a 2.6% increase on the 10-year average. (A 'skier day' is the equivalent of one adult day ticket and is the industry standard in Australasian and North America).

For more information go to www.asaa.org.au