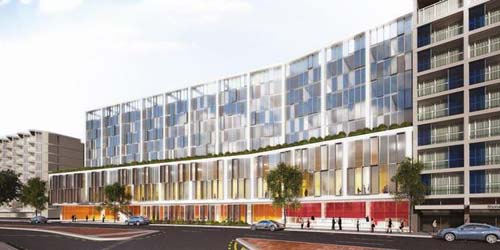 Roberts stated “the industry’s growth framework Tourism 2025 identified international convention delegates as high value visitors. They spend an average of $304* per night against an average international holiday visitor spend of $219* per night.

“We told the committee it would be useful for the Council to undertake further work to quantify the wider economic benefits, which we believe will be substantial.”

Roberts says business events also bring visitors to New Zealand outside the peak-summer season, helping to smooth out seasonality, which is one of the thorniest issues facing the fast-growing tourism industry.

Headded “TIA also supports combining a Movie Museum with the Convention Centre as it will attract an additional 20,000 visitors to the capital annually, and encourage them to stay longer and spend more, not just in Wellington but the surrounding regions.

“The Movie Museum will provide Wellington with an iconic attraction, further strengthening the capital’s vibrant museum and film scene and positioning the city internationally as a leader in this sector.”

TIA welcomes the Council’s proposal to start construction work on the Convention Centre and Museum in 2016/17 as opposed to the original timeframe of 2021/22.

“This will ensure the visitor economy benefits will be realised sooner, helping the tourism industry achieve its Tourism 2025 goal of growing annual tourism revenue from the current $30 billion to $41 billion by 2025.”

The Committee heard about 20 submitters, most of whom gave their backing to the proposed $134 million convention centre and movie museum to be built opposite Te Papa on Cable Street.

As a result, Wellington Mayor Celia Wade-Brown stated “positive enthusiasm for the world class Movie Museum tells us we were right to speed up its development. We reassured submitters that, as well as the new Convention Centre, the Council is committed to strengthening the Town Hall for music performance and recording.”

Wellington Deputy Mayor Justin Lester, who chairs the committee, says more than 100 submissions were received on the proposal in the past month. He says an initial reading of submissions indicated overwhelming support for the proposal.

Councillor Lester added “it was great to hear a number of groups and individuals take the trouble to come and lend their support to the proposal.

“We heard that Wellington can become an extraordinary and genuinely international capital city if various pieces in the necessary jigsaw puzzle – like an airport runway extension and the Movie Museum and Convention Centre – can be built and linked together.”

The Council has already agreed in principle to support the proposal for a combined facility and the purchase of the land on which it will be sited.

The Council would be partnering with private interests headed by Peter Jackson, Fran Walsh, Richard Taylor and Tania Rodger to deliver the movie museum.

If the project is finally approved, the Council will construct the three-level building. It will include a convention centre on the top floor. The Movie Museum will lease the lower two floors from Council and fit out and operate the space.

*Figures are for the year ending December 2014, which is the most recent figure available for international convention delegate spend.