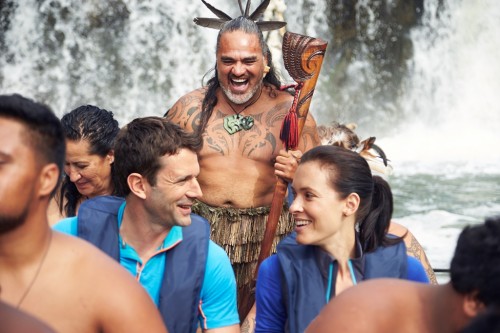 New Zealand’s tourism industry is doing so well that the country is struggling to cope with the numbers of arrivals.

More than 3.4 million visitors arrived in New Zealand in 2015/16, a record number set to be exceeded this year. With New Zealand’s population numbering just 4.74 million, tourists arrivals equated to over 70% of the New Zealand population.

With total annual tourism revenue in New Zealand growing from $28 billion to $34.7 billion in just two years, Tourism Industry Aotearoa Chief Executive Chris Roberts acknowledges “that there is rising public and industry concern that tourism is growing faster than our ability to cope.”

Roberts adds “without a coordinated response from industry and central and local government, we risk being unable to fully capture the future potential of tourism and protect the long-term sustainability of our industry.”

As a result, 19% of New Zealanders, almost one in five, say they are worried about the impact of too many visitors.

Immediately prior to the resignation of former New Zealand Tourism Minister (and Prime Minister) John Key an independent group of New Zealand tourism leaders made up of the the chief executives of Air New Zealand, Auckland Airport, Christchurch Airport and Tourism Holdings called for the Government to create a National Tourism Infrastructure Levy, comprising a 2% national bed levy across the accommodation sector and a $5 increase to the ‘border levy’ (departure tax) which would raise $65 million a year from the industry.

Matching funds from the government would bring this to $130 million annually to fund local tourism infrastructure needs.

Charging more for overseas visitors to use national parks is another concept under discussion.

As New Zealand examines tourism, the honesty of the country’s famous and award-winning 100%

With 43% of monitored lakes in New Zealand now classed as polluted and groundwater nitrate levels are rising, to Water Action Initiative New Zealand (WAI), a grassroots, not-for-profit organisation, has also questioned the accuracy of the Pure New Zealand promotion.

Despite that, spending by international tourists is roaring ahead, having grown by almost 20% in 2016 on the previous year. Domestic tourism spending grew by 7.4% giving the sector a $3.8 billion increase on 2015. Tourism accounted for 5.6% of GDP with a direct contribution of $12.9 billion while directly employing 188,136 people - 7.5% of the total number of people employed in New Zealand.