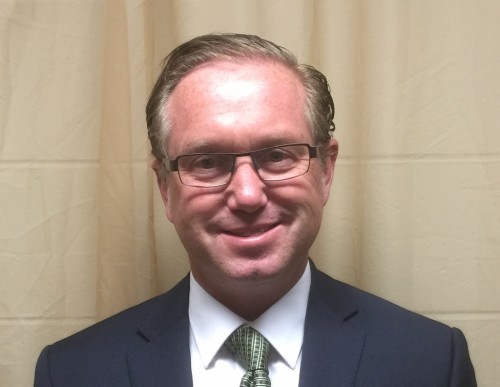 The Venue Management Association (Asia and Pacific) has today announced Steve Harper as its new President.

Announced during the annual Asia-Pacific Venue Industry Congress, Harper succeeds succeed Trevor Dohnt, who has held VMA’s leadership role the VMA over the past three years.

Harper is a well liked and respected industry professional, having served on the VMA Board since 2012, during which time he chaired three of the Association’s Annual Congress’ and chaired the Membership Committee.

On his appointment, Harper commented “It's a pleasure for me to take on this role; I feel both honoured and privileged that the VMA has given me their support.”

Currently Harper holds the position of Director of Arenas for Melbourne and Olympic Parks, Australia's heart of sports and entertainment, and oversees the commercial and operational management of Rod Laver, Hisense and Margaret Court Arenas.

Prior to his appointment at Melbourne and Olympic Parks in 2015, he acted as Chief Operating Officer (COO) for VenuesWest in Perth, Western Australia. During his five years there, he oversaw the operational and commercial management of the seven geographically spread self-managed venues including nib Stadium, HBF Stadium and HBF Arena which hosted events ranging from large scale music festivals to international sporting championships.

Harper was educated at the University of Washington (USA) and post-graduation took his first professional appointment in the venue management field. His first nine years in the industry were spent managing high profile sports and entertainment venues (on the USA West Coast) in Seattle (including the 75,000 seat Husky Stadium), after which he moved to Virginia as Assistant and Acting Director for 'Seven Venues'.

In this role, Harper managed all facets of seven venues, including five theatres, the 13,000 seat Scope Arena and the 15,000 seat Harbour Park Stadium.

During his time with ‘Seven Venues’, Steve received a letter of appreciation from the White House for his "unique abilities, superb attitude and professionalism in providing services to the President and the US Secret Service.”

In 2005, he earned the Certified Facilities Executive (CFE), the highest accreditation within the International Venue Management Industry.

Originally from Melbourne and as an aspiring track athlete, Harper spent his youth training at Olympic Park and the grass parklands where Melbourne Park now sits.