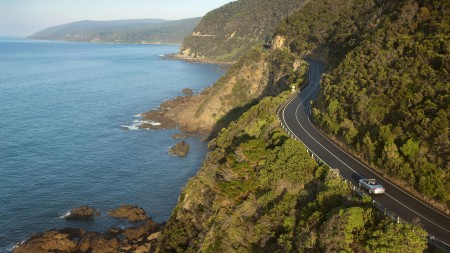 The VTIC described the Federal budget as a “missed opportunity to provide substantial support for Victoria’s visitor economy”, expressing deep concern about the hike in visa application fees and the new levy on businesses using the temporary skill shortage visas, believing it will reduce competitiveness as a destination on the world stage.

VTIC Chief Executive Brad Ostermeyer commented “it is already very expensive to travel to Australia from overseas, and now it will be even more costly for international visitors to come here.

“This will have a negative effect on our competitiveness as a tourism destination.”

Ostermeyer added “our visitor economy is not getting the support it needs to meet its growth potential.

“This is limiting job creation, particularly in regional areas. The tourism sector is the key to Australia’s transition from a resources-led economy, to a services-led economy - it must be prioritised if it is to succeed.”

VTIC did welcomes the Federal Government’s investments in Victorian transport infrastructure, which include $25 million for upgrades to the Great Ocean Road, with $3 million to be provided in 2017/18 and the commitment to deliver the Melbourne to Brisbane Inland Rail Project, using an additional $8.4 billion equity investment in the Australian Rail Track Corporation combined with private sector investment.

QTIC highlighted how Australia’s competitiveness in international tourism will be affected by a $14 million cut to Tourism Australia’s budget (from $143 million to $129 million).

QTIC Chief Executive Daniel Gschwind commented “it is disappointing that Australia’s marketing effort in a highly competitive global market will be diminished when many countries seize the opportunity to tap into one of the fastest growing sectors of the economy.”

QTIC’s Daniel Gschwind shares his thoughts on the Federal budget.

Gschwind said the tourism industry was also seeking $10 million for a national event bid fund which was once again overlooked in this budget, adding “the Federal Government has missed an opportunity to compete more effectively for major conferences and events - in 2016, Australia missed out on 61 international conventions and saw an 11% decline in overseas visitors travelling to Australia to attend a conference.”

The Great Barrier Reef was also overlooked for increased support, despite the Queensland tourism industry advocating strongly for further investment alongside conservation and agriculture groups.

Additional support for the Gold Coast 2018 Commonwealth Games was welcomed as well as the indication that key infrastructure projects will be getting the go ahead in Queensland, including upgrades to the Bruce Highway and rail programs.

Gschwind also welcomed the continuation of the Tourism Demand Driver Infrastructure Program, with funding for important regional projects in Queensland to capitalise on growth opportunities.