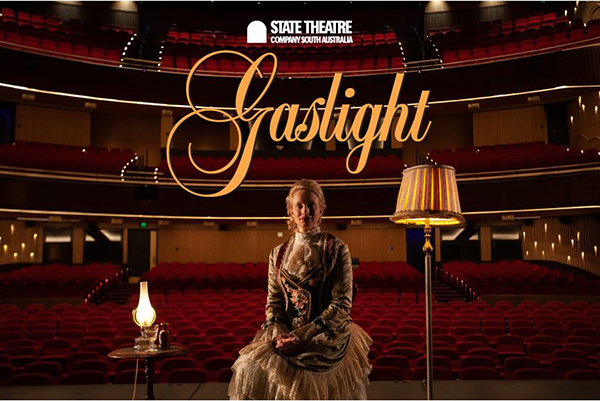 Adelaide Festival Centre will welcome back audiences to the new Her Majesty’s Theatre tonight for the State Theatre Company South Australia’s production of Gaslight - one of the first theatre productions Australia-wide since COVID-19 forced venue closures in March.

It will also be the first opportunity for audiences to experience a seated show at the Grote Street theatre, following its stunning $66 million redevelopment.

Adelaide Festival Centre Chief Executive and Artistic Director Douglas Gautier said he was looking forward to welcoming back artists and audiences to venues and was encouraged by the positive response from ticket-buyers, eager to experience theatre in a new way, commenting "since COVID restrictions, we have had to get creative and rethink the theatre experience with the safety of our patrons, staff and artists always the priority.

“Reduced theatre capacity guidelines mean we won’t be seeing full theatres for coming months, but we are leading the charge in supporting South Australian artists and home companies to ensure the arts can thrive beyond this pandemic.”

“We are thrilled to be reopening the doors with State Theatre Company’s Gaslight, followed by Adelaide Festival Centre’s Music @ The Maj series starting in October. I encourage Adelaidians to get among it, reunite and experience the thrill of live performance once again.”

State Theatre Company South Australia Artistic Director Mitchell Butel added "we are beyond excited to finally be returning to the stage and sharing phenomenal and entertaining theatre with our audiences once again.

“It's an honour to be making our grand return at the new-look Her Majesty's Theatre, and we're grateful to Adelaide Festival Centre Trust and SA Health for all the work they've done to ensure audiences have a safe and smooth experience tonight and throughout the season.

“I can't think of a better way to return to the stage than with director Catherine Fitzgerald's bold reimagining of this classic Victorian thriller and I’m delighted Gaslight will also lead into our next show, the hilarious and heart-warming Ripcord starring Nancye Hayes at Dunstan Playhouse.”

Gaslight Director Catherine Fitzgerald enthused “It’s very exciting to be directing Gaslight, the first mainstage production at the new Her Majesty’s Theatre - the facilities are second to none.

“It’s the perfect venue for this play, set in the latter part of the 19th century, not long before the theatre itself was built in 1913. How wonderful it will be to sit in a real theatre, with real ‘live’ actors and a real ‘live’ audience exchanging all that energy - that is what theatre is all about.”

Gaslight has the approval of SA Health and will be delivered in accordance with the State Government’s Roadmap for Easing COVID-19 restrictions. Patrons will be seated in a checkerboard layout (with one seat between each person in a row) across the three-level auditorium, halving the 1467-patron capacity.

Patrons will need to queue outside the theatre and will be asked to go directly to their seats upon entry. Several other measures are also in place to manage patron movement in foyer spaces. To reduce congestion and close contact, foyer bars are closed, however other venues in the Market Precinct are open for pre-show drinks and dining.

Gaslight, Patrick Hamilton’s mind-bending thriller from 1938, will be directed and reimagined by Catherine Fitzgerald with a beloved SA-cast including Eileen Darley, Ellen Freeman, Ksenja Logos, Nathan O’Keefe and Katherine Sortini.

Gaslight is at Her Majesty’s Theatre from 4th to 19th September.

For venue information and COVID event guidelines go to www.adelaidefestivalcentre.com.au/your-visit/novel-coronavirus-covid-19-update/