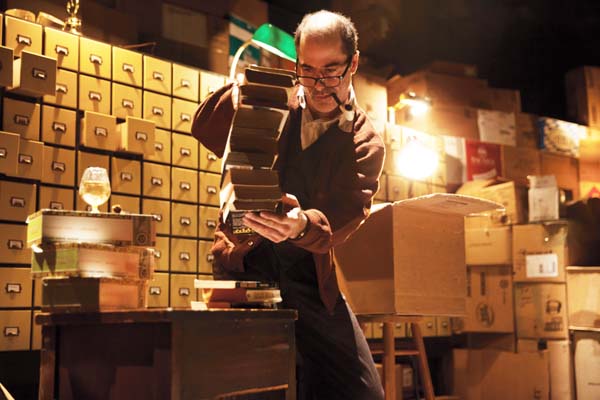 More than 80 performances across 32 days will see the State Theatre Centre of WA become one of the key performance hubs of the 2016 Perth International Arts Festival (PIAF).

As part of a partnership between the Perth Theatre Trust and PIAF, the landmark Northbridge theatre will be centre stage with nine productions, including dance and theatre, plus a Sunday afternoon conversation series.

The first productions, Every Brilliant Thing, The Object Lesson and Within begin at the State Theatre Centre of WA  (STCWA) on 11th February 2016 with the last performance of The Wild Duck on 13th March next year.

“We are pleased to once again have the support of Perth Theatre Trust to present work by the world’s leading visionary artists and deliver a truly enriching and unforgettable program.”

Perth Theatre Trust acting General Manager Rudi Gracias said the Trust was pleased to be partnering with PIAF again in 2016 after a successful relationship in 2015 when Black Diggers was successfully staged at STCWA.

Gracias explained that the “Perth Theatre Trust is proud to be working with PIAF again in 2016 and to opening our theatre to a not only national and international artists and companies, but for all West Australians to enjoy the Festival experience.”

Gracias added that the Trust’s mission is to offer wide ranging arts experiences and the PIAF partnership was helping to deliver this to local audiences.

Image shows the upcoming PIAF production of The Object Lesson.