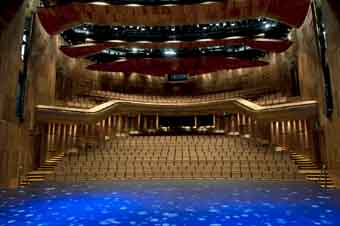 While the big story about major venues in Western Australia over recent months has been the opening of the Perth Arena, in the March/April 2013 issue of Australasian Leisure Management, editor Karen Sweaney assesses the performance of the State Theatre Centre of Western Australia (SCTWA) in the two years since its opening.

Opened in January 2011, the State Theatre Centre is an innovative building that delivers highly functional and inspiring venues for performers and their audiences.

Sited in a landmark location on the corner of Roe and William Streets in the inner Perth suburb of Northbridge, the heart of the $100 million facility is The Heath Ledger Theatre, an intimate 575-seat proscenium arch theatre, named in honour of the late Academy Award winning Perth-born actor.

To maximise the inner-city site, the theatres are stacked on top of each other, two stories

Underground with the Studio Underground featuring a flat-floor performance area and retractable seating, that is suited to music, theatre and dance performances of a more intimate nature.

The venue is operated, along with His Majesty's Theatre, the Perth Concert Hall, Subiaco Arts Centre and the Albany Entertainment Centre, by the Perth Theatre Trust (PTT), Western Australia's principal performing arts operators. As with all other PTT venues, AEG Ogden (Perth) manages the venue operations. 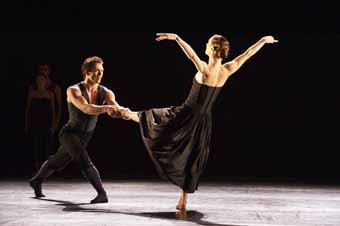 At a time when Western Australia's cultural scene is flourishing, the STCWA has presented contemporary performing arts, such as theatre and dance, in diverse ways with a focus on distinctive professional and contemporary work produced locally, nationally and internationally.

However, the State Theatre Centre has not been without its critics, who focus on the facility being expensive for many local producers to hire.

PTT General Manager Alan Ferris highlights that the Centre "as a medium-sized venue, was designed to form part of a package of performing arts venues across Perth, servicing a range of needs.

"Smaller companies have other affordable venue options in Perth, including Subiaco Arts Centre which was refurbished in 2006 as part of the Department of Culture and the Arts' Performing Arts Master Plan and PTT's commitment to provide affordable community theatre spaces.

"Rates are comparable - and in most instances more affordable - than other venues throughout Australia. This is shown by high-level of use to date, and the interest shown in the venue by commercial hirers."

Ferris adds that the PTT "is continuing to work on ways in which it can further support local content into the venue."

In addition, Ferris points out that "the Courtyard, since the STCWA was opened, has been used for a variety of events and performances. Its program to date is quite outstanding given that the Courtyard is an outdoor space, has to meet sound attenuation restrictions and was designed as an ancillary flexible space."

Ferris points out that "in comparison with other similar national venues and networks it is achieving a very high rate of use", concluding "to activate a new venue such as this, while attracting different audiences and users takes time and good planning. "There is a hardworking and enthusiastic team behind the scenes working to make this a successful venue (and we are) very pleased with the progress made so far."

The Venue Management Association's upcoming Venue Industry Congress is being held in Perth from Sunday 5th to Wednesday 8th May.