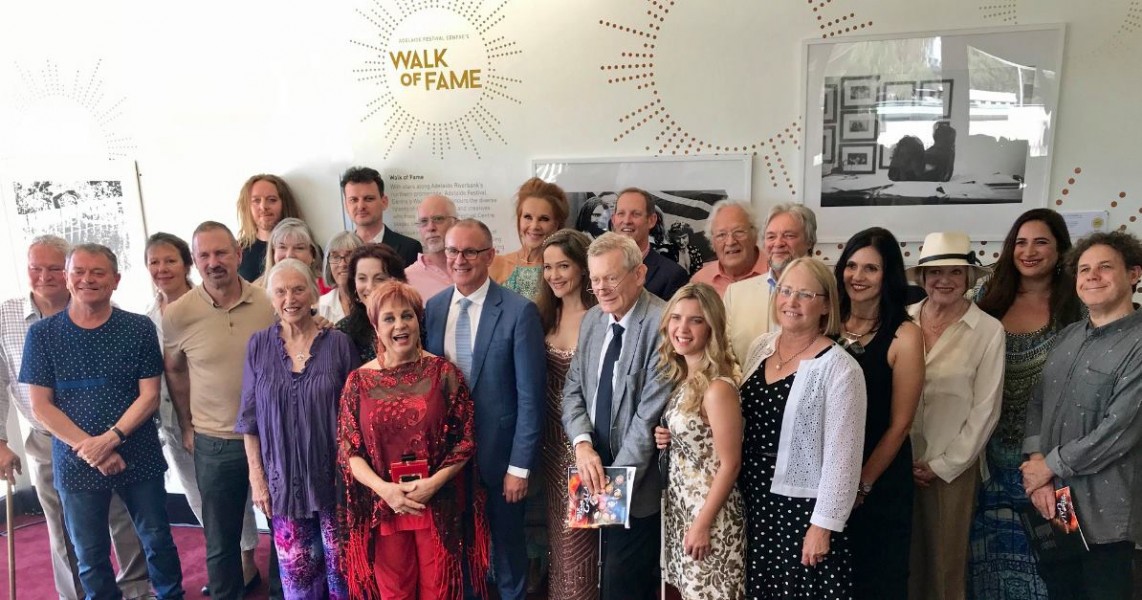 The redevelopment of the Adelaide Festival Centre has today seen the venue’s Walk of Fame unveiled on the northern promenade on the Torrens riverbank.

Illuminating the names of more than 130 performers and artists who have graced the stage of the Festival Theatre since it opened in 1973, the Walk of Fame follows pathways leading to the venue’s refurbished theatre foyers.

Gautier commented “seeing so many well-known names together really brings home the number of personalities who have made Adelaide Festival Centre the great creative hub that it is.

“This is our ongoing opportunity to honour them publicly, and to celebrate and preserve our history with support from the South Australian public.

“In addition to performers, designers, composers, playwrights, and directors are also represented. “The show must go on, and Adelaide Festival Centre’s Walk of Fame is a tribute to those who have helped us to do that for over 40 years.”

The Walk of Fame ‘starbursts’ will soon link to a mobile phone app that provides information on the featured performers, along with ‘what’s on’ at the Festival Centre and ticketing options.

Three performers have been chosen for each year since 1973 when the Centre opened, with new stars to be added to the Walk annually.

The Festival Plaza redevelopment will be celebrated as a world-class public space within one of the world’s most liveable cities. It will be defined by a number of key places, including the new square, the northern promenade, integration with King William Street, the Art Space Plaza, a reimagining of Station Road and a new entry to Adelaide Railway Station.

More than $1 billion is being invested in the Festival Plaza including more than $800 million in private investment for a new commercial and retail building as well as a redevelopment of the SkyCity Casino.

The full list of those acknowledged on the Walk of Fame can be seen at adelaidefestivalcentre.com.au