Staff shake up at Tourism Australia 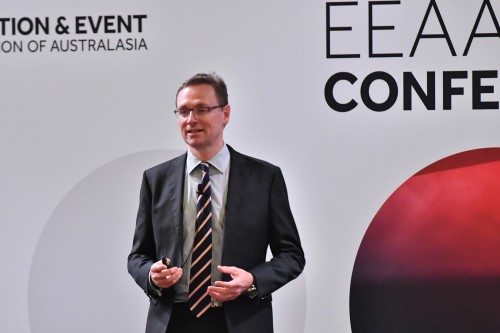 Tourism Australia has advised that its Managing Director, John O’Sullivan, is to leave the organisation to take up a new role as Chief Executive and Executive Director of ASX-listed company Experience Co..

O’Sullivan will leave the organisation in June, handing over to Tourism Australia’s Regional General Manager for International, Phillipa Harrison, who will act as interim Managing Director until a permanent replacement is found.

Commenting on his departure, O’Sullivan, who joined Tourism Australia in March 2014, advised “I’ve had five terrific years at Tourism Australia, leading an incredibly talented team who do such a wonderful job promoting Australia to the world.

“The opportunity to lead an ASX-listed company such as Experience Co. is an incredibly exciting prospect and keeps me in an industry I really did not want to leave.

“It’s with mixed emotions that I now move on, but I feel I’m leaving the organisation in a really good position. Australian tourism is performing well, with international arrivals and spending both at record levels.

“We’ve reshaped our marketing narrative. Our Tourism 2020 journey is nearly complete, with the $115 billion target set back in 2009 already achieved, and I firmly believe Tourism Australia is driving the right strategy to take the industry to new levels.

“Off the back of the successful launch of Australia Inc. and an extremely successful Australian Tourism Exchange in Perth, I feel confident in saying that Tourism Australia is well-respected across industry and acknowledged for creativity and collaboration.

“I’ve always felt that the role of Tourism Australia is to provide a platform for our industry to better tell its stories. Through our campaigns and our other activities, I think we’re doing that better than ever.”

East stated “Tourism Australia and the Australian tourism industry have gone from strength to strength under John’s stewardship.

“From the beginning, John has set a clear direction for Tourism Australia - value over volume - and has systematically set about executing that strategy.

“Targeting high-yielding travellers who stay longer, do more and spend more when they come Down Under has become a mantra for the tourism industry, helping deliver record spending and tangible results for thousands of Australian tourism businesses.”

Tourism Australia has also confirmed that it will be promoting Susan Coghill into the role of Chief Marketing Officer, replacing Lisa Ronson, who left the organisation in March.

In her current role as General Manager of Creative, Content and Campaigns, Coghill has helped set the creative marketing direction for Tourism Australia, overseeing the recent ‘Dundee’, ‘Undiscover Australia’ and ‘Australia Inc.’ campaigns.

She was also instrumental in completing the organisation’s agency roster, bringing on board new creative agency M&C Saatchi.

A search to find O’Sullivan’s successor is underway.