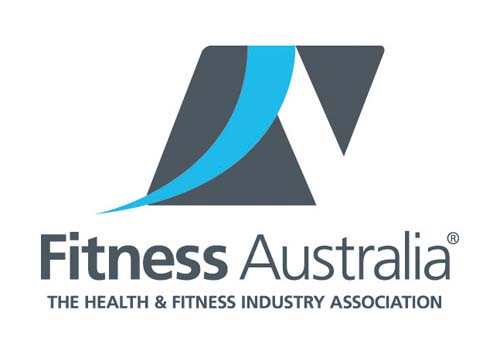 Fitness Australia Chief Executive Lauretta Stace has outlined how the Association has raised its profile with government, stakeholders and the wider public through the media over the past two years.

In a Blog published on the Fitness Australia website Stace has highlighted some of the government relations issues that the peak body will continue to address to ensure that the health and fitness of Australia's citizens is considered by policy makers of all political persuasions in the lead up to the Federal election on 14th September.

In the Blog, Stace writes "Fitness Australia has provided evidence that its membership has the scale, standards and programs necessary to help create a fitter and healthier Australia.

Fitness Australia has proven its value to the fitness industry by:

• Achieving a beneficial result for the industry in the protracted legal battle with regard to music copyright and the PPCA;
• Working on a national regulatory scheme & a single Industry Code of Practice;
• Lobbying for Fringe Benefits Tax (FBT) reform to encourage the Australian workforce to get active;
• Developing guidelines on Commercial Fitness Services in Public Areas;
• Developing an Adult Pre-Exercise Screening Guide and a range of other industry guidelines; and
• Building partnerships with Governments, health peak bodies, NGO's and health services. 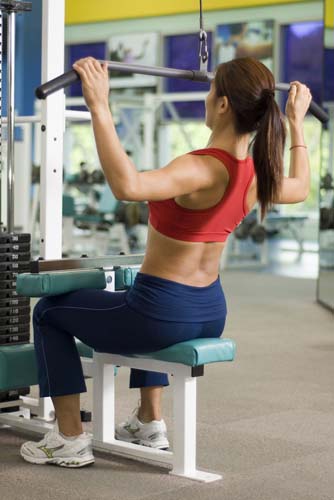 • Create a regulatory/legislative framework that assists Fitness Australia's drive to improve standards in the industry;
• Expand the FBT exemption to include fitness services that are not located "on a company's business premises";
• Work with Local Government Associations to reduce red tape and the cost for fitness instructors using public areas; and
• Continue to build partnerships in preventive health and primary health care.

Third Party Endorsement
It is important that Fitness Australia is viewed as a partner in addressing preventive health costs. It has a number of well-established relationships, such as Baker IDI (Diabetes Research), and we need to secure their support for our Government Relations initiatives.

We are also establishing relationships and building support from the following groups:

"We're also stepping up our engagement with the Opposition over the next 12 months.

The intention is that we minimise the risk of going back to 'square one' if a change of government occurs at the federal level in 2013.

"Fitness Australia is to be seen as part of the solution to achieving a fitter and healthier Australia.

"Fitness Australia has an existing partnership with Baker IDI Heart & Diabetes Institute through the delivery of the Lift for Life program (an evidence based strength and resistance training program, developed to treat and prevent Type II diabetes and other chronic health conditions).

"Fitness Australia is looking to harness partnerships with other key preventive health groups, such as the Australian Lung Foundation, as well as key primary health care stakeholders such as the Medicare Local Alliance.

"Fitness Australia will need to build partnerships and form collaborations with Medicare Locals, who will be in charge of the delivery of primary health.

"Meetings will continue to be organised for Fitness Australia to meet with key preventive health and primary health care stakeholders to discuss the benefits of the fitness industry and its role in effective delivery of programs that help reduce the risk of chronic diseases.

National Registration
"Fitness Australia has prepared a submission to the Council of Australian Governments (COAG) Business Regulation and Competition Working Group on the future COAG regulatory reform agenda, which proposed:

• A national regulatory regime for exercise professionals based on a registration system that identifies competent fitness & exercise practitioners;
• A nationally regulatory regime for fitness industry businesses that are delivering fitness & exercise services to the public; and
• A single national Code of Practice for exercise professionals and fitness industry businesses.
We need to build support for the reforms at the jurisdictional level.

FBT Reform - A Strategic Approach
"Fitness Australia has commissioned Deloitte to develop a detailed submission to make a case for reform of the current Fringe Benefits Tax (FBT) legislation in Australia. This submission has been made to the Federal Treasurer and other key Government Ministers ahead of annual budget deliberations.

Issue:
"Fringe Benefits Tax exemption applies to facilities located on "business premises". This favours large employers over small to medium businesses, as they can afford to have facilities on their premises.

"Fitness Australia is of the view that all fitness benefits provided to employees should be free from Fringe Benefits Tax (FBT), whether or not they happen to be located on the company's business premises.

"The present FBT exemption is extremely restrictive, it exempts use of a recreational facility only if the facilities are located on "business premises".

"The expansion of the FBT exemption will allow all businesses to encourage their employees to be more physically active and would be a minimal loss of FBT revenue to Government. Fitness Australia estimates that the cost of the expansion of the FBT is at least $72 million, but is of the view that the costs could easily be recouped by the flow on benefits in reduced health care costs, increased workplace productivity and growth in the fitness industry (which leads to greater personal income tax revenue). In addition, Fitness Australia's current registration scheme could be used by the ATO in order to ensure that fitness benefits are being claimed for items that meet high standards.

Outcomes:
"It is estimated the fitness industry reduces avoidable health costs by $77 million a year. In a report commissioned by Medibank Ltd in 2007, it was revealed that the healthcare system could save $1.5 billion a year if more people were physically active. Fitness Australia is committed to a fitter and healthier Australian population. The main outcome achieved from the implementation of a proposed FBT exemption on fitness benefits is the overall improvement of health, a decrease in the prevalence of chronic conditions, decrease the demand on our health system, and reduce cost of lost productivity.

The Commercial Use of Public Areas
"Fitness Australia wishes to establish a uniform approach to use of public land for the delivery of fitness services by personal and group training businesses.

"Recently, a number of local governments and statutory authorities have considered implementing policy for the use of public areas. To assist in the development of appropriate policy and regulation, Fitness Australia has updated its position statement. The position statement assists policy makers to better understand how personal trainers go about their business and highlights key concerns.

"A template for members has also been developed to guide engagement with local authorities when policy is being considered. The guide will assist members to navigate the process and have their voice heard and considered at a local policy level.

"Government funding has allowed Fitness Australia to provide subsidised services to those in the community who are most in need, however funding ends after 30 June 2013.

Of the participants, 373 are not in the paid workforce and 632 are people at risk of chronic disease.

"Early figures indicate that average initial BMI has dropped for all participants, there has been an average improvement with upper and lower body strength of more than 30%, agility has improved on average to nearly 50% and average aerobic capacity has improved by more than 50%.

Concerns:
"Funding for programs under the Healthy Communities Initiatives ends after 30th June 2013.

Current figures suggest over $130 billion was spent on health in 2010-11, and this is only going to rise given the ageing population and the rise in chronic disease and conditions.

Funding for preventive health should be prioritised to programs with measureable health outcomes. For example, Government committed $60 million to extend the Measure Up campaign through advertising and promotion, the impact of which is questionable. In comparison, funding for the Healthy

Communities Initiative which can clearly demonstrate measureable and significant health outcomes has no future funding allocated.

Fitness Australia data shows that approximately 8% of fitness businesses are referring clients to medical or health services and slightly more (11%) are referrals from such services to fitness businesses. This indicates that there is potential to improve collaboration between primary health care and the fitness industry.

Solution:
"It is estimated the fitness industry reduces avoidable health costs by $77 million a year.

Fitness Australia requests that the Government consider carefully whether spending priorities should be reordered with more funds allocated to the expansion of accessible, evidence-based programs that facilitate more people undertaking exercise. This should include people who have received primary health care and/or have received transition care/rehabilitation services. Physical activity can help many people recover and stay out of hospital for longer.

"Fitness Australia also requests Government to also consider the provision of exercise programs for people recovering from diseases such as cancer and as part of potential intervention programs, like integration of physical activity programs into mental health services such as Headspace."

The full Blog can be read at www.fitnessaustralia.groupsite.com/post/ceo-blog-marathon-election-campaign-2013