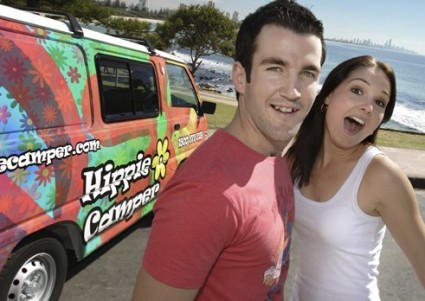 To cater for a growth in backpacker tourism in Australia, STA Travel has launched a brand new range of stores, the first of which are located in Sydney, Melbourne and Cairns.

Called ‘Backpacker by STA Travel’, the new concept stores offer the local neighbourhood ‘lowdown’ on the best hostels, activities and transport along with free Wi-Fi in a relaxed and "chilled" environment, to stay in touch with friends and family back home.

Last year, over 606,000 backpackers visited Australia and research from Tourism Research Australia shows that this trend is set to grow further in 2015/2016.

"Often overlooked by the local travel industry as not offering strong financial returns, research in fact shows that on average each backpacker coming into Australia spends over $5,300 each, on accommodation, food, transport, tours and entertainment …  accounting for 13% of the total tourism market in Australia, worth in excess of $3 billion.”

Run by travellers for travellers, the ‘Backpacker by STA Travel’ concept stores will be a one stop travel shop for everything on the ground in Australia, New Zealand, Fiji and Asia.

Addy adds “STA Travel is excited to be starting a new grassroots brand that will offer the best in tours, accommodation and transport for Backpackers in the country.

“Backpacker stores are just one of facet of our commitment to the backpacker market in Australia.”

More than 50 million visitor nights are spent in hostels in Australia, mostly along the Eastern seaboard, with STA Travel’s new Backpacker stores based in the heart of these backpacker areas.

Addy concludes "obviously backpackers provide a huge boost to the economy within these areas where tourism is a main source of income.